Eric Herhuth
Eric Herhuth is Assistant Professor of Communication and Film Studies at Tulane University. His research areas include animation and film studies, aesthetics and politics, and media and film theory. He has published in the Quarterly Review of Film and Video, Cinema Journal, animation: an interdisciplinary journal, Theory & Event, and he is the author of Pixar and the Aesthetic Imagination: Animation, Storytelling, and Digital Culture (University of California Press, 2017).

This paper explores the role of animation in characterizing and depicting the human experience of inner conflict. It investigates why animation is a place audiences and animators go in order to visualize, contemplate, and investigate inner conflict, whether through surrealist aesthetics, dream sequences, visual metaphors, diegetic inner worlds, reflexive commentary on an animating soul/spirit, or characters that personify conscience. This aspect of animation is apparent in contemporary popular features such as Inside Out (Pete Docter, 2015), Netflix series Bojack Horseman (2014—) and Big Mouth (2017—), and independent animation by Signe Baumane and Don Hertzfeldt. These US-based animations and animators explore inner conflict in terms of depression, shame, guilt, and other forms of critical self-reflexivity. Investigating such examples is valuable today given that one of the ideas emerging from posthuman philosophy is that more than consciousness or self-awareness, inner conflict is a defining quality of human experience (Gray, The Soul of the Marionette, 2015). This paper considers how animated depictions address this philosophical topic by referring to animation theories of metalepsis (Feyersinger 2017), self-figuration (Crafton 1982), and worldmaking (Buchan 2006). These theories help explain how animation gives spatiotemporal place to ephemeral personal experience and builds on a history of visual representations of inner conflict. 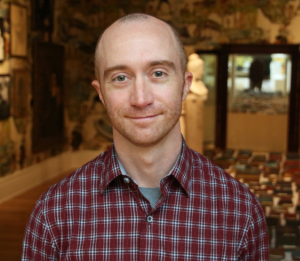