Eliane Gordeeff
E. Gordeeff has been animator since 2000, professor since 1998 and researcher on animation since 2009.
She is Graphic Designer, Master in Visual Arts (UFRJ/Brazil) and Ph.D. in Fine Arts (Multimedia speciality at Lisbon University, with scholarship from CNPq / Brazil). In her thesis she analyzes the Animation as art and medium with different visual and construction, that enhances the scenes representation of dream, memory, fantasy and hallucination / psychedelia in the live-action movies.In 2018, her master thesis resulted in a book “Aesthetic Interferences: the stop motion techniques in the animation narrative”. She has also produced, animated and directed over 15 shorts, some of which have been presented at festivals such as Cinanima, Nuevo Latinoamericano de Havana, Anima Mundi, Sicaf, Anima (Argentina), Animac and Encounters. She has participated in several lectures and seminars with numerous articles on animation published. Now she is researching about Animation and Neuroscience.

This paper is based on an excerpt of the homonymous PhD thesis in Multimedia research, which focused to analyse the differences in effectiveness of the animated image in diegetically representing dreams, memories, thoughts and hallucination in live-action cinema (“diegetic imaginarium” moments). Thus, this article proposes that, due to the visual differences between the animated and filmed image, the use of Animation as a medium in live-action cinema elevates the imagetic abstraction of the narrative from the intra-diegetic to the meta-diegetic (Genette, 1972). Based on this premise, the following conditions are addressed: whether an animated sequence within a live-action film visually enhances the viewer’s understanding of the narrative; and whether some animated techniques manage to more effectively represent the diegetic imaginarium than others. The general theoretical framework is supported by some arguments of Marshall McLuhan (1995) – about Hot and Cool Media, and the concept of “breaks in a system/medium” –, as this lends itself to the theme implicit in the research process, namely, that of technology changing the ways and means of audio-visual image production. For the development of the subject, two methodological approaches were adopted: a theoretical research – about animation-cinema relationship, narrative, McLuhan’s concepts and imaginarium representation –, and the study of cases – about the films, Pink Floyd The Wall (1982) and 2 Rabbits (2012). 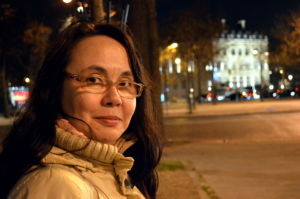