WHAT CAN COMPARE WITH YOUR BEAUTIFUL SOUND? DISNEY’S MUSICAL UTOPIAS

Daniel Batchelder
Daniel Batchelder is an Adjunct Professor of Music at Xavier University and the University of Cincinnati’s College-Conservatory of Music, where he teaches courses on Disney’s animated musicals. He received his PhD in Musicology from Case Western Reserve University in 2018, where his dissertation was awarded the Adel Heinrich Award for Achievement in Musicological Research. His work examines the dramatic and expressive functions of music and song in musicals with an emphasis on the Walt Disney Animation Studios. His research on animated musicals will appear in forthcoming collections from Routledge and Oxford University Press. He is also serving as guest editor for a special edition of the journal American Music on music and sound in Disney media.

Though the Walt Disney Studio’s early films have attracted considerable scholarly attention, music’s roles in these works have largely passed unnoticed. The shorts and features of Disney’s Golden Age collectively heralded the emergence of a new form of expression: the animated film musical. An aesthetic mode that negotiates the tensions between speech and song within the theoretically limitless medium of animation, the animated musical represents a distinct genre that carries unique expressive and dramatic potential. In this project, I examine the ways in which Disney mobilized this new genre to create a specific brand of prewar escapist spaces.
While the bar sheet system developed for Steamboat Willie initially presented a practical solution to the technical challenges of sound synchronization, its resultant hyper-explicit alignment of sonic and visual gestures presents the viewer with a utopic vision of the world that blurs boundaries between image and sound. I argue that the studio’s musical numbers continued to pursue this mode of synesthetic presentation throughout its Golden Age in order to represent an idealized unity between art and life. This agenda became increasingly apparent as the studio pursued an aesthetic of hyperrealism, culminating in the release of Bambi, whose musical numbers appear to arise spontaneously from an offscreen “voice of nature.” I close this project by considering the political implications of this unique form of escapist entertainment. 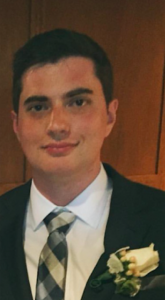