Eve Benhamou
Dr Eve Benhamou is an early career researcher and assistant teacher at the University of Bristol. Her doctoral thesis, which she is currently developing into a monograph, examined how Disney contemporary animated features (2008-2016) revisit Hollywood film genres, considering more particularly the studio’s aesthetic style, gender portrayals, and paratexts. Her article “Freezing versus wrecking: Reworking the superhero genre in Disney’s Frozen (2013) and Wreck-It Ralph (2012)” was published in Animation Practice, Process & Production; she has also contributed to the animationstudies 2.0 and Fantasy/Animation blogs. She has co-organised 2016’s “Reimagining Beauty and the Beast” interdisciplinary conference, and has administrated the 5th Annual BAFTSS Conference. She is the co-convenor of the BAFTSS Special Interest Group on Animation. Her other research interests include representations of gender and sexuality in contemporary mainstream cinema.

Animated Teenage Mindscapes: Animation as Subjective Fantasy Space in Contemporary Teen Movies
From The Breakfast Club (1985) to The Edge of Seventeen (2016), teen movies have tended to aim for mimesis through a photorealistic aesthetic, live-action settings and protagonists. By contrast, fantastic occurrences channelled through animated effects and characters stand out in recent teen films such as The DUFF (2015), The Diary of a Teenage Girl (2015) and Alex Strangelove (2018), providing a privileged and distinctly unusual access into teenage subjectivities. Building on the multifaceted “entanglement” of animation and fantasy (Holliday and Sergeant 2018: 12), I explore how these films render alternate realities to represent teens’ mindscapes. Through their hand-drawn aesthetic, these fantasy spaces function as an animated diary: colourful 2-D figures and doodles articulate protagonists’ confusing, intense emotions. When featuring more surreal computer-animated visuals, these fantasy spaces rely on the metamorphic and illusionistic qualities of animation to literalise the “liminal” aspect of adolescence (Smith 2017: 4), visualising multiple identities for teens to experiment with. Focusing on the intersection of animation and fantasy within contemporary teen movies, this paper examines the potential of animation for representing the inner worlds of adolescence in creative and challenging ways, and illuminates the pivotal presence of the medium in unexpected generic places. 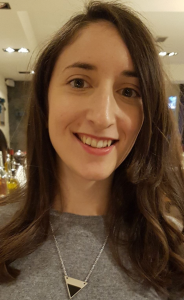