CHANGE, MOVEMENT, AND THE FABRIC OF REALITY: ANIMATED IMAGE AS A NEW MODE OF INQUIRY IN SCIENTIFIC RESEARCH

M Javad Khajavi
M Javad Khajavi is a multidisciplinary digital media artist and scholar who is deeply invested in interdisciplinary research approaches that are informed by practice-led research, design thinking, and methods and tools in digital humanities. He is currently an Associate Professor at the Institute of Film and Animation of Volda University College in Norway, where he also serves as the head of the division of Animation and Digital Arts. He completed his Ph.D. at the School of Art, Design and Media of Nanyang Technological University (NTU) in Singapore. The underlying focus of his research is to investigate issues of representation and perception in animation-based media, including information and data visualization, scientific and medical animation, Virtual Reality, Immersive media and Game.

This article investigates the relationship between animation, movement, and scientific inquiry. Using animation in order to popularize scientific knowledge has long been practiced. Meanwhile, as a few scholars have pointed out, the use of time-based media in scientific research goes beyond mere communication of scientific knowledge to the public. In fact, recent examples show an increasing interest in using animation as a method, embedded within the process of scientific research. Close observation of the ways animation techniques and technologies are used in some scientific labs around the world reveals that scholars are increasingly using animated image as a mode of inquiry in their research projects. This approach is particularly observable in those areas of academic inquiry in which the formation of theories and hypotheses are bound to the understanding of a temporal phenomenon. This paper investigates how animated image, as a method of visualizing movement or change over time, may become a new mode of representation or language by which scientists test their theories and hypotheses, understand behaviors, discover spatial and temporal relationships, and try to explain time-based abstract concepts. 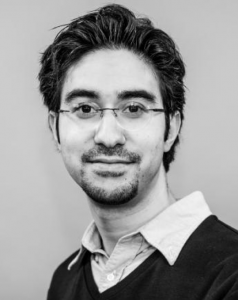