THE ANIMATED MOCKUMENTARY, ITS MARKERS OF VERIDICTION AND THEIR EVOLUTION ACROSS TIME

Cristina Formenti
Cristina Formenti is a Research Fellow and Adjunct Professor in Film Studies at the University of Milan, Italy. She holds a doctoral degree from the same university, obtained defending a thesis on the theory, history, and aesthetics of animated documentary. She is the author of Il mockumentary: la fiction si maschera da documentario (Mimesis 2013) and the editor of Mariangela Melato tra cinema, teatro e televisione (Mimesis 2016) and Valentina Cortese: una diva intermediale (Mimesis 2019). She is currently completing a book on the classic animated documentary. She is co-editor of Animation Studies 2.0 and co-chair of SAS’s Documentary SIG.

The paper looks at a still understudied form springing from the crossover of animation and documentary: the animated mockumentary. Indeed, since the 1910s, next to animated documentaries, animations wherein aesthetics and narrative structures commonly associated to nonfiction are used to chronicle imaginary events have been created too. After making inroads just in the form of spoof newsreels, animated mockumentaries have progressively imitated an always broader range of nonfiction genres: from the travelogue, as in Cross-Country Detours (1940), to the nature film, as in Bug Parade (1941), from the sports documentary, as in Sports Chumpions (1941) or Surf’s Up (2007), to the behind-the-scene documentary, as in The Muppets (2015–2016), and the rockumentary, as in Meet the Small Potatoes (2013). Yet, regardless of the nonfiction genre imitated, animated mockumentaries have tended to build their “veridiction” through a set of recurrent traits. The paper focuses precisely on these markers of veridiction, in order to underscore how, while a consistent number of them are simply a “cartoonish version” of aesthetics and modes of representation recurrent in live-action documentary, a set of aesthetics peculiar to the medium of animation and its nonfiction production can also be identified. In so doing, it is pointed out also how the markers of veridiction used have changed across time reflecting the transformations occurred in both live-action and animation’s nonfiction practices. 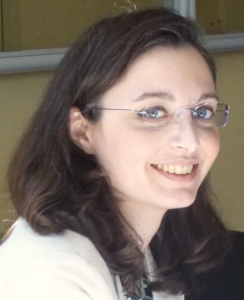