A CARTOGRAPHY OF THE INVISIBLE INTERSTICE

Robby Gilbert
Robby Gilbert is currently an Assistant Professor of Animation, Illustration, and Game Design at Northern Vermont University. His work often explores the interconnections between many artistic disciplines, and he has worked extensively as an animator for commercial studios, television programming and film. In 1993 he began working with pioneering interactive media companies such as Broderbund Software and Paramount Interactive, where he directed several award-winning projects. In addition, he has illustrated several children’s books as well as the monthly comic strip “The Adventures of Ranger Rick” for the National Wildlife Federation, combining interests in storytelling, drawing, and environmental themes. When he is not teaching, writing, or drawing, Robby enjoys playing banjo.

Norman McLaren famously asserted that animation is “the art of manipulating the invisible interstices that lie between frames.”
The space of the invisible interstice, often overshadowed by more immediately observable elements in animation and the moving image, has numerous measurable attributes. If we are to accept McLaren’s definition that gives primacy of the gap between frames to animation, then this space is deserving of closer examination—a cartography of sorts. The purpose of such a mapping would be to provide animators and moving-image scholars a set of reference points for better discussing, managing, and exploring this formal material of animation and cinema. In doing so, perhaps moving-image artists may discover and expand interstitial properties which could be used to create new experiences and applications for the illusion.
In animation, the invisible interstice is neither border nor separator. Rather, the spaces between frames are bridges. While seemingly an intuitive idea to many animation scholars, the place of the interstice—its features, dimensions, and measurements, — is perhaps overdue for a bit of mapping. Drawing from existing cartographies in music, geography, dance, pre-cinema, and visual art, this paper attempts to explore an updated basis for planning and using the spaces between frames in order to provide a counter-balance to the focus on the more immediately visible surface elements of animation and the moving image. 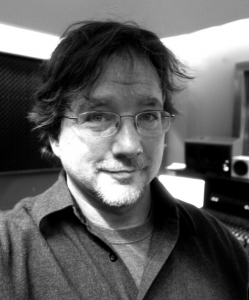