A QUICK TRIP TO THE LABORATORY AND POOF!: CHEMICALLY INDUCED TRANSFORMATIONS IN AMERICAN THEATRICAL CARTOONS

1 – University of Illinois at Urbana-Champaign (retired)

Richard Leskosky
Richard J. Leskosky is retired from the University of Illinois at Urbana-Champaign (UIUC). He has formerly served as Director of the UIUC Unit for Cinema Studies and as President of the Society for Animation Studies (1997-1999). His writings on animation have appeared in Animation Studies, Film History, and The Velvet Light Trap, on-line for the Routledge Encyclopedia of Modernism and Science Fiction Film and Television (Liverpool University Press Online) as well as in journals in the natural and social sciences. He continues to write on animated film genres, Japanese animation, and nineteenth century proto-cinematic devices, and a major essay on metamorphosis in Japanese animation is to appear in the Wiley-Blackwell A Companion to Japanese Cinema.

Metamorphosis in early animated cartoons often found motivation in chemistry or food science. Felix the Cat and Oswald the Lucky Rabbit could change the forms of objects and their own body parts simply by virtue of their plasticity as drawings. But Disney’s success pursuing the illusion of life in his cartoons led animators to provide quasi-scientific bases for morphing in their own moves toward realism. Often such shape-shifting resulted from the ingestion of a chemical compound, generally concocted by a scientist or would-be scientist in a laboratory setting and administered with (intended) negative effects. The lab setting and its iconographic equipment and attire contributed to the modernist thrust of the cartoon. Science in the first half of the 20th century had discovered the effects hormones could have on physical appearance as well as the possible mutagenic effects of radiation and certain chemicals, but chemically induced cartoon transformations preceded many of those discoveries or at least general public awareness of them. Instead, they derived primarily from Robert Louis Stevenson’s 1886 The Strange Case of Dr. Jekyll and Mr. Hyde. Outside the lab setting, the dynamic of the transformation and the nature of its agent differed significantly, with a prepared food item producing (intended) positive results – e.g., Popeye and his spinach. Lewis Carroll’s 1865 Alice’s Adventures in Wonderland provided the model here in the size-altering foods Alice ingested. 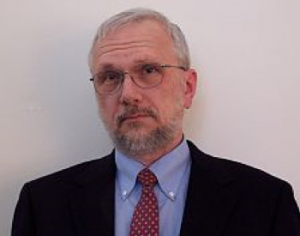