Lukas Conway
Lukas Conway is an animator currently living and studying in Montreal, QC. Situated somewhere between experimental and narrative film Lukas’ work emphasizes stripped down narratives that allow the audience to fill in the blanks with their own personal experience and experimental work that is visually tactile. Lukas is also a member of the RotoJam Collective based out of Toronto, ON.

For more than a century, postage stamps functioned as communicative currency allowing the spread of information across vast distances and cultures. Today, though still in use, postage stamps and the postal system in general has largely been replaced by cell phones, email and various social media, relegating post to the past. But this past is rich with details of culture, geography and identity. Postage stamps are adorned with political and cultural figures, significant events, architecture, nature and innovation. As expressions of nationhood these bureaucratic hieroglyphics offer clues as to the zeitgeist of any given nation and the world as a whole.
In the summer of 2017 I saw a post on an online trade of a large bag of used postage stamps. Seeing the possibility of a film hidden in the collection I traded a small fan for the bag. In the fall of 2018 my film finally took form as the collection became the basis for an animated documentary. Produced at the Mel Hoppenheim School of Cinema, POST explores stamps as artistic objects and cultural artifacts while telling a brief history of the 20th century. Some stamps are the last traces of former nations, some are objects of propaganda, and others of national embarrassment.
This presentation will examine stamps in these three ways: as artistic objects, as cultural artifacts and as historical markers. 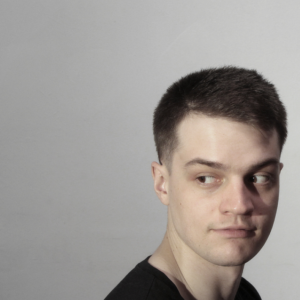