Alanna Thain Thain
Alanna Thain is an associate professor and director of the Institute for Gender, Sexuality and Feminist Studies and of the Moving Image Research Lab at McGill University. She is the author of Bodies in Suspense: Time and Affect in Cinema (University of Minnesota Press, 2017). Her current projects include “Anarchival Outbursts: Movement Practices of Post-Digital Cinema” and “Dissensuality: Ecologies, Embodiment and Feeling Difference Made”.

The south African artist William Kentridge is a central figure in my current project on dance and post-digital cinema. By post-digital, I mean cinema since the digital turn; by expanded cinema, I an interested in updating this term from the 1960s to explore new articulations of body and technology in cinema in the wake of the digital turn, as the distincton between live action and animated bodies and ecologies becomes increasingly tenuous. Anarchival outbursts of dancing bodies combine “recording machines” both cinematic and corporeal (training, choreography, embodied memory and technology) and the spontaneity of the unexpected. This talk will focus on Kentridge’s multiscreen “precession” animation More Sweetly Play the Dance (2015) and his animations on the walls of the banks of the river Tiber in Rome and its accompanying performance Triumps and Lamentations (2016). How does Kentridge’s “stone age” animation retranscribe animation’s expanded field? Through Kentridge’s anarchival approach to animated form, as well as questions of minoritarian history, he brings together the qualities of spectatorial and sensory participation and liberty that expanded cinema proposed with animation’s radically mutable embodiment. Going off-script, by taking animation’s graphic qualities beyond the limits of page and screen, he re-animates spaces of performance and presentation to recharge them with complex and political temporalities. 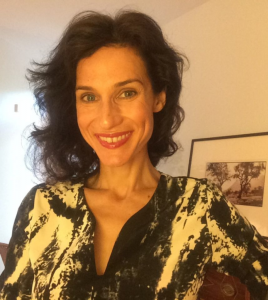