WILLINGTON STREET – THE MEMORIES YOU LEAVE BEHIND

Ellie Land
Ellie Land is a multi-award winning Animation Director with over ten years’ experience of producing animated content within a factual frame, with a focus on questions around health and society, often communicating complex subjects to a global audience.

Her body of films have received awards and commendations and screened at film festivals and exhibited internationally. She has an MA in Animation from the Royal College of Art.

Ellie is Senior Lecturer in Animation at Northumbria University and is the co-founder of Animateddocumentary.com

This paper investigates how ‘place’, in this case the working class Midlands town of Nuneaton, became a tool for developing a critical discourse and collaborative language between a documentary film maker – Iain Cunningham and an animator – Ellie Land.
‘Irene’s Ghost’ (2018, UK) is a part animated feature documentary, due for UK cinema release in 2019. It features the autobiographical story of Iain Cunningham and his search for the answers as to why his mother died when he was three years old. Irene’s story is shrouded in silence. Through the process of making animated segments, we discovered a safe and reflexive space to record and evolve Iain’s memory, contextualised within the recent discoveries he was making during the documentary process.
My aim in making the animation was to work towards a more non-mimetic (see Honess Roe 2013) representation of Irene’s life in contrast to the indexically tied elements that Iain brought to the process, such as archive footage, found photographs and objects, filmed interviews and filmed footage. I used digital concept artwork and animatics to discuss the ideas with Iain.
How do I communicate the subtleties of madness without stigmatizing? What are the challenges presented in the collaboration of different disciplines? These research questions about the making of Irene’s Ghost, alongside critical reflection of my creative process are explored in this paper, using an analysis of a semi-structured interview between director and animator. 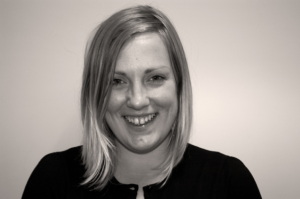