Elena Altheman
Elena Altheman is a Film Studies MA student at Universidadede São Paulo (USP), Brazil. Her research is focused on Animation Studies, and she works as a professional scriptwriter. She was one of the main organizers of USP’s first “Animation Week”, an event entirely dedicated to lectures, panels, and screenings of animations. She is a researcher at Zootropo, a CNPq-funded Animation Studies group at USP. In 2018, she was awarded the Emerging Leaders in the Americas Program (ELAP) Scholarship, offered by the Government of Canada, to attend Concordia University in Montréal as a Research Intern. As a scriptwriter, she has specialized in writing for animation, and she works in Latin America’s first Cartoon Network’s original show, Irmão do Jorel (Jorel’s Brother), which was selected for the official competition at Annecy 2018.

Animation has undergone a significant shift in its cultural status. It is no longer regarded as a children’s genre, but a complex medium. It is vital to understand how recent animated works promoted these paradigm changes. Adventure Time (Pendleton Ward, 2010-18), a global hit with a massive number of diverse fans, plays a pivotal role in this contemporary scenario of disruptive animations. This paper examines how the tendencies of animated movement in Adventure Time’s opening title sequence entails a visual logic of a mobile map that narrativizes spaces. Viewers are invited to inhabit the animated space as active spectators, transformed into voyagers. This paper investigates how the characteristics and affordances of this visual style as a project of world-building relates to the development of a complex narrative (Mittell, 2006) that resonates with its viewers. While significant attention has been paid towards narrative and thematic analysis of mainstream animations, far less attention has been paid to the relationship between tendencies of animated movement, world-building and viewership. This paper aims to challenge existing perceptions and categories of analysis within animation studies, as it investigates how new modes of visuality can result in diverse ways of thinking places, narratives and spectatorship (Lamarre, 2009). The link between world and narrative not only transforms the way that the spectator moves through the animated space, but also how he is moved by it. 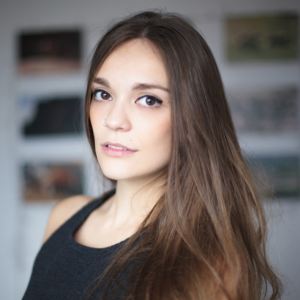