OUT OF THE VIRTUAL REALM INTO REALITY. HOW 3D PRINTING BLURS THE LINES BETWEEN STOP MOTION AND CG ANIMATION

Bernhard Schmitt
Bernhard Schmitt is an assistant professor at the School of Art, Design & Media at Nanyang Technological University in Singapore. His area of expertise is stop motion and experimental animation techniques. He graduated from Mainz University of Applied Science in 2008. Prior to joining NTU he worked as a stop motion animator and rigger for production companies among them Aardman and Disney animations. As concept artist and creative producer, he oversaw several independent productions such as the 2012 series of experimental animation music videos for the album auch of the acclaimed band die aerzte. From 2015 to 2017 he scripted and directed the German TV series Sandmaennchen, one of the longest running animation shows in the world. Bernhard’s research interests are in the areas of stop motion animation, experimental animation and interdisciplinary research in art and technology.

Stop motion and object animation differ from drawn and cg animation in one aspect particularly: The animated object’s manifestation, its presence in the real space. Unlike in traditional or computer-generated animation the creation of a virtual space is not necessary. Over the last two decades stop motion has incorporated digital production methods such as the use of green screen and computer generated special effects, while still preserving its characteristic peculiarities.
However, the increased use of 3D printing in movies such as Anomalisa (2015) has a far-reaching impact on the nature of stop motion animation: Present-day technology allows to animate characters and objects in the virtual space and subsequently to 3D-print them frame by frame, thereby transferring the animation from the virtual into the real space.
It seems that fundamental parts of construction, design and animation within stop motion are shifted from the real into the virtual space.
Based on data collected from interviews with producers, artists and technicians the presented paper addresses issues arising out of the application of 3D-printing in stop motion:
How has 3D-printing already changed the aesthetics and economics of stop motion and how it will change them potentially in the future?
Is a new kind of animation evolving, a hybrid between stop motion and CG-animation? 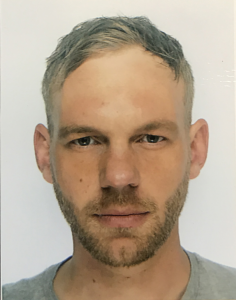