Max Hattler
Max Hattler is a moving image artist and academic interested in the relationships between abstraction and figuration, aesthetics and politics, sound and image, and precision and improvisation. He holds an MA in Animation from the Royal College of Art and a Doctorate in Fine Art from the University of East London. His work has been shown at festivals and institutions such as Resonate, Ars Electronica, ZKM Center for Art and Media, MOCA Taipei and Beijing Minsheng Museum. Awards include Supernova, Cannes Lions, Bradford Animation Festival and several Visual Music Awards. He is an Assistant Professor at the School of Creative Media, City University of Hong Kong. Max’s current research focuses on synaesthetic experience and visual music, the narrative potential of abstract animation, and expanded artistic approaches to binocular vision.

Alex Jukes
Alex Jukes is an experimental and fine art animator. His practice research challenges what might be considered a dominant, largely commercial aesthetic relating to the field of 3D computer generated (CG) animation and seeks to develop alternative approaches to its creation and presentation. His PhD at the Royal College of Art concerned the study of ‘space’ as material within the production of 3D CGI. Alex is Programme Leader for BA Animation at Edge Hill University.

Faiyaz Jafri
Faiyaz Jafri studied at the Technical University of Delft (MSc) and is a self-taught animation artist and music composer. Jafri’s art explores Jungian archetypes in the modern world, distilling the pop references of mass media and global popular culture into a visual shorthand of neo-archetypes. His work has been exhibited in the form of print, paintings, installations, animations, and sculptures. Jafri’s award-winning films have screened at prestigious festivals and museums. He is a part-time professor at Parsons School of Design and Queens College in New York.

Since its inception in the 1880s high-rise architecture has fundamentally altered the urban terrain, disrupted and reconfigured social systems and impacted on our aesthetic understanding of human spaces and the way in which we live within them.

For generations, artists, musicians and filmmakers have been inspired by such landscapes and this panel explores a fascination for high-rise architecture as a dynamic visual resource – a visceral playground of science, art, technology, commerce and humanity. Furthermore, for a medium such as animation the high-rise is a particularly rich offering, with the rhythms and flows of space, time, history, politics and popular culture interweaving (or colliding) to form repetitions and structures for animators to work with.

Through discussions and references to their own animation work the panel members observe high-rise architecture as a mechanised social machine, an environment for spatial disorientation and a source of visual symbolic interpretation – a modular, physical incarnation of the animated frame.
Panel chair: Max Hattler, mhattler@cityu.edu.hk

Animation of Density: Serial Parallels in Hong Kong’s High-Rise Architecture by Max Hattler (Hong Kong)
Hong Kong is a unique world city, defined in no small part by its dense and architecturally extreme high-rise housing estates. This has been much-documented through photography, most notably by Michael Wolf in his Architecture of Density (2009) photo series. Photography is an ideal medium to convey a sense of scale of the repetitive patterns of buildings. It presents a fixed representation of the built environment. Stylized and impressive, it has itself become a stereotype of Hong Kong, ready to be consumed by tourists and Instagrammers.

To create a novel engagement with Hong Kong’s architecture, my animation work Serial Parallels (2019) approaches Hong Kong’s built environment from the conceptual perspective of celluloid film, by applying the technique of film animation to the photographic image. The city’s signature architecture of horizon-eclipsing housing estates is reimagined as parallel rows of film strips: Serial Parallels. High-resolution photographs of building facades are re-animated through vertical/serial and horizontal/parallel movements, with each floor or window corresponding to a film frame. What was fixed becomes fluid, through the spatio-temporal sequencing of architectural patterns. What was literally set in stone in the single image becomes a re-animated film sequence of architectural flow. Through this process, new visual and temporal relationships are forged, and new movement is created, through which an entirely new perspective on the city emerges.

Reordering Red Road – High-Rise Architecture and Relations to Animated Spaces by Alex Jukes (UK)
In Feeling and Form (1973) Susanne Langer introduces a dilemma of architecture – an interchangeable relationship between the “concepts of arrangements in space and creation of space”. Such ideas contribute to spiralling discourses about “space as an entity”, “created space”, virtual space and architecture as an “ethnic domain”. This dialog (started in the 1930s by architects including Le Corbusier and developed by philosophers of aesthetics such as Langer) about notions of three-dimensional materiality, locality, virtual worlds of space/place is equally relevant today with the effects of high-rise experiments by postwar urban planners felt sharply.

This paper brings together Langer’s concern over a separation of ‘imagined’ virtual space and ‘dynamic physical space’ through the portal of 3D CGI animation. Using my own animation work Flat (2019) as a starting point for a discussion I explore a point of spatial convergence between architecture, animation and the idea of an ‘ethnic domain’ with reference to 3D CGI animation.

Flat (2019) uses the development of UK high-rise social housing from the 1960s as a motif to explore the creation, application and perception of space within 3D CGI. The work refers directly to experimental film techniques used within Side/Walk/Shuttle (1992) by Structural filmmaker Ernie Gehr (such as disorientating perspective, reverse loops and spatial flattening) to examine ideas of materiality, and virtual/physical space in relation to animation.

The Illusion of Destruction by Faiyaz jafri (USA)
The destruction of the Twin Towers took place in New York, the symbolic center of the western world. As for what should be built in place of the towers, Jean Baudrillard says in Requiem pour les Twin Towers (2002), “The problem is insoluble. Quite simply because one can imagine nothing equivalent that would be worth destroying – that would be worthy of being destroyed. The Twin Towers were worth destroying.” In actuality, they were never replaced, their ghost lives on in the negative space rooted in the cavities of their foundation. The fascination with the attack is the fascination of the image of it, perpetuated by the countless reruns on mass media. The simulacrum is true.

My animated piece This Ain’t Disneyland (2015) explores the simulation of the event’s reality by emphasizing the repetition of the collapse. Utilizing a hard CGI aesthetic, creating a symbolic computer generated identical destruction juxtaposed with Disney simulacra.

In Drowning Girl (2019) I elaborate on the hyperreality of the collapse and its protagonists. Brian McHale (2015) calls September 11 a convenient shorthand for the end of Postmodernism. Drowning Girl (2019) proposes a Post-Postmodern solution for Baudrillard’s problem by replacing the Twin Towers with multiple perfect replicas of the original pair transcending space and place driven by their vernacularity in virtuality. 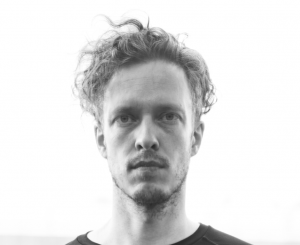 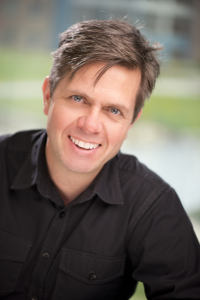 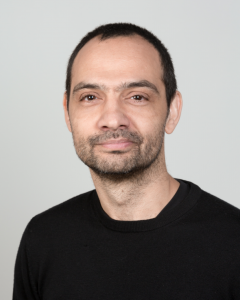