MAGIC HIGHWAYS AND AUTOPIAS: DISNEY AND THE EXPANDED PLACE OF ANIMATED ADVERTISING

Malcolm Cook
Malcolm Cook is Lecturer in Film at the University of Southampton. He has published a number of chapters and articles on animation, early cinema, and their intermedial relationships. His monograph Early British Animation: From Page and Stage to Cinema Screens and his chapters in The Animation Studies Reader and Music and Sound in Silent Film: From the Nickelodeon to The Artist were all published in 2018. He is currently preparing (with Kirsten Moana Thompson) an edited collection on the relationships between animation and advertising. He is co-convenor (with Eve Benhamou) of the BAFTSS Special Interest Group for Animation.

This paper will examine the animated advertising of the Disney studio in the 1950s, moving from television commercials to expanded forms of sponsored animation in theme parks, world’s fairs and expositions. A case study of the company’s work in the related fields of automobiles, oil and government highway construction reveals a complex web of corporate activity with promotion, persuasion and selling at its centre.
In the 1950s, as part of the construction of the Disneyland theme park and television show, Disney directly engaged with agencies and advertisers to produce television commercials, including those for American Motors automobiles that saw Disney adopt new modern design principles. Prior animation historians have noted this, but it has been seen as short-lived and inconsequential. However, this activity led to a number of significant site-specific collaborations for sponsored attractions at Disneyland and other fairs and expositions. Some of these incorporated films projected onto expanded and moving screens, while others saw animation becoming part of the architectural and sculptural space of the attraction, at the service of corporate promotion.
This paper will argue for a revisionist account of animation history and its most famous studio, situating advertising and ‘films that sell’ (Vonderau, Florin, and De Klerk 2016) as a crucial and determining activity. In doing so, it adopts expanded definitions of animation that go beyond the place of conventional screens. 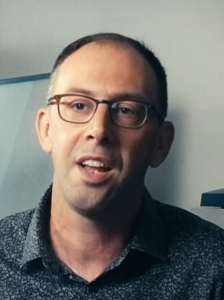