Jennifer Serra
Jennifer Serra is a postdoctoral researcher in Film Studies at the University of São Paulo – USP and a teacher at CAV – Audiovisual Center of São Bernardo do Campo. Her research interests include reception theory, non-fictional animation and contemporary documentary. She is currently researching the representation of memory in Brazilian animated documentary.

The purpose of this work is to examine the relationship between animation, memory and history in contemporary Latin American audiovisual production focusing on the analysis of Brazilian animated documentary “Torre” (Nádia Mangoline, 2017). This short film presents the testimonies of Isabel, Gregorio, Virgilio and Vlademir, the children of Virgílio Gomes da Silva, one of the political activists who “disappeared” during Brazilian dictatorship. His wife, Ilda, was arrested and forced to live in exile with their children until the return of democracy in the 1980s. In “Torre”, animation is used to represent this period’s recollections from the point of view of the family’s second generation. Starting from Isabel, who was a baby when her parents were arrested, to Vlademir, the oldest son. With this analysis we aim to examine the rise of animated films about political and historical issues on Latin America and how this phenomenon is related to the predominance of first-person perspective in contemporary narratives. Besides that, we propose to present why using animation to represent memory can be a potential tool for political actors to be included in the construction of the collective memory and history in Brazil and other Latin countries. 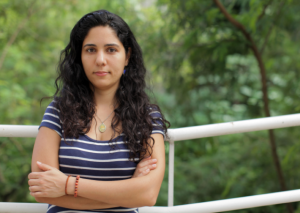