Martina Tritthart
Martina Tritthart works as an artist, curator and researcher in Vienna, Austria. Her work includes installation and media-art as well as filmmaking. It has a prominent focus on light as a medium, related to the perception of spaces.
She completed her Ph.D. on “Light Spaces – Spatial Models of Perception” at the University of Technology in Graz and teaches since 1999. As assistant professor she worked at the Institute for Spatial design at the TU Graz and in the program “space & design-strategies” at the University of Art and Design Linz. Currently she is a lecturer at the FH Joanneum – University of Applied Science and also the FH Burgenland – University of Applied Science, where she is instructing lighting design and media design.

The terms “Spatial Augmented Reality” and “projection mapping” describe mostly temporary large screen projections on urban surfaces. The facade architecture becomes the screen for the content, mostly projected 2D and 3D animations. Many of these artworks generate mainly illusionistic clips, emanating from the existing facade structure that allow reality and fiction to merge audiovisually. In combination with an interactive component the artwork becomes unique and site-specific.
Artists, architects, curators and institutions are increasingly aware of their responsibility, related to this form of the mediatization of architecture, as shown, for example, by the German artist group “Urbanscreen”. The members approach their work as a counterpoint to the commercialization of public space in the course of its appropriation by industry, propaganda, and advertising. On the other hand they also make a living from commercial assignments.
Artists often see themselves as pioneers and experimental researchers for a possible future in the coming urban spaces. They try to integrate digital content in the cityscape in a harmonious sense. Amongst other things, temporary façade displays can also pave the way for permanent media façades.
Through the presentation of various examples, the role of animation in connection with an alternative approach to the concepts of augmented realities within this process of social and urban evolution will be discussed. 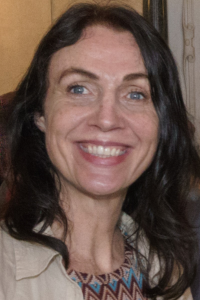