“ANIMATION AND ITS OTHERS: EXPRESSIVE RECIPROCITIES IN VISUAL, AURAL, AND VERBAL IMAGINATION”

Iveta Karpathyova
Iveta Karpathyova is an animator, illustrator, and instructor at UC Berkeley Extension, where she created the course on Animation Design & Video Production. Her award-winning rotoscope animations in films Phases of Dance (2017) and Prey (2019) screened at festivals including Hot Docs and International Festival of Animated Dance. She has created animated and illustrated content for clients including ESPN, L’Orèal, Variety Magazine, and Entertainment Weekly. Karpathyova holds a Master of Design degree from OCAD University (Canada).

Ruth Lingford
Born in London, Ruth Lingford worked as an Occupational Therapist before attending Middlesex Polytechnic to do a BA in Fine Art and Art History, graduating with an MA in Animation from the Royal College of Art in 1992. She has made several award-winning short films, including Death and the Mother (1997), Pleasures of War (1998) and Little Deaths (2010), as well as working on music videos and documentary films. She has taught at the Royal College of Art and the National Film and Television School. Since 2005, she has been teaching at Harvard University, where she is Senior Lecturer in Animation.

Nicholas Miller
Nicholas Andrew Miller is Associate Professor of English and Director of Film Studies at Loyola University Maryland. His areas of teaching and scholarly interest include film animation, early cinema, the intersections between modernist print and visual cultures, and twentieth-century Irish and British literature. He is currently at work on an interdisciplinary study of metamorphosis in modernist visual culture. He is the author of Modernism, Ireland, and the Erotics of Memory (Cambridge, 2002).

“Animation and Its Others: Expressive Reciprocities in Visual, Aural, and Verbal Imagination”
This panel explores animation’s varied structural, aesthetic, and historical relationships with music, drawing, and literature. Participants will present research- and practice-based case-studies in which sound serves as a structural tool for creating animation, drawing offers a path to engaging animation’s transgressive and transcendent power, and literary narrative reveals its reliance on visual languages of metamorphosis. Aiming to foster a conversation among panelists and audience members that reconsiders the boundaries of medium specificity, this session explores animation as a site of convergence and exchange between languages and techniques typically understood as complementary but essentially distinct.

“Using Musical Layers as a Script for Animation Aesthetics” by Iveta Karpathyova
A Point in Time is a hand-painted animated short film using musical motif as a script for its aesthetics and color guide. The film draws on separate instrumental layers within a single electronic composition to create direct relationships between animation properties. Using Expressions (an Adobe After Effects software that registers the values of the musical property), the visual representations of sound wavelengths were exported at 12 ftp. Each instrument’s wavelength pattern was assigned a color—for example, one hue for piano, and another for drums. These digital pre-production processes were then combined with a traditional animation technique in which each frame was hand-painted. By analyzing the computer-generated musical script, each frame uses the amount of hue proportional to the wavelength of the instrument. A Point in Time was thus painted with a systematic color guide, creating a cross-sensory visual representation of the underlying musical tones.
An experiment in visual music, A Point in Time is a practice-based research project in which musical qualities of rhythm, volume, and density direct the precise forms of an animated film. Through their common denominators as sequential arts concerned with a sense of flow, animation and music reveal possibilities for their synchronicity as artforms, while an animator takes on the role of a visual composer sculpting yet another form of sound.
Keywords: visual music, animation, painting, experimental, production, practice-based.

“Drawing, Animation, and the Dream” by Ruth Lingford
Like animation, the dream is often overlooked as trivial, but may have the power to illuminate hidden interior worlds. And animation has qualities that make it especially suitable for illustrating and elucidating dream experience.
Drawing for me has always had a primal transgressive power. It is a way of actualizing forbidden thoughts. Animation is the realm of fantasy played out without guilt. Dreams and animation both allow us to experiment with scenarios that would be dangerous, immoral or physically impossible in reality.
Dreams and animation both speak the language of condensation and distortion. They both use symbolism and metaphor to produce layered, meaningful narratives. In both cases, apparently absurd or comical scenarios and narratives can find a way to shed light on reality.
Drawn animation’s unique capacity for metamorphosis allows for the shifting and collapsing of identities, spaces and meanings.
The repetitive process of drawn animation can lull the conscious mind into a trance-like state, and allow unconscious material to surface. We can work on narratives we may not fully understand, making work that may surpass what we can achieve by pure reasoning.
I will refer to (and, if time allows, show excerpts from) a number of animated films, including my own film, Trump Dreams, completed last year.
Keywords: drawing, unconscious, dream, transgression, distortion, metamorphosis, Trump Dreams.

“Animating the Literary Imagination: Visual and Verbal Metamorphosis” by Andrew Miller
In a curious and frequently overlooked passage from The Picture of Dorian Gray (1891), Oscar Wilde displaces the novel’s famous painting (its eponymous “picture”) by referencing contemporary practices of mechanical reproduction. “I know you quite well by your photographs,” Lady Henry tells Dorian. “I think my husband has got seventeen of them.” Dorian’s response, “Not seventeen, Lady Henry?” prompts her clever reply, “Well, eighteen, then.” Wilde’s allusion to multiple (and multiplying) photographs in Dorian Gray reveals a curious verbal duplicity at the heart of the bildungsroman, the nineteenth-century literary genre of transformation that developed contemporaneously with series imagery and, eventually, animation. In narratives of maturation, the protagonist’s education (bildung) is only expressed fully through the language of the image (bild).
The proposed talk probes structural commonalities between literature and animation—both rely on principles of combination (syntax in literature; frame succession in animation) and substitution (diction in literature; pro-filmic material in animation)—in order to explore similarities and differences between visual and verbal forms of metamorphosis. The concurrent histories of the modernist novel and of moving images reveal that the literary imagination of metamorphosis relies on a historical visuality that reaches its fruition as visual spectacle in animation.
Keywords: animation, literary imagination, bildungsroman, metamorphosis, Dorian Gray, photography. 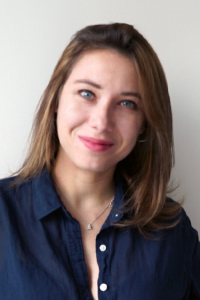 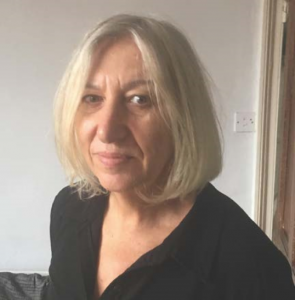 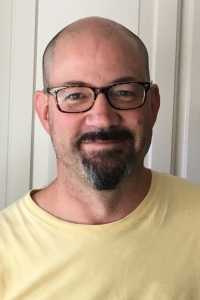