Anitha Balachandran
Anitha Balachandran is an animation filmmaker and lecturer at the Srishti Institute of Art, Design and Technology in Bangalore. She studied animation at the National Institute of Design in India and recieved her MA at the Royal College of Art in London. Anitha researches and writes on Indian animation, and is particularly interested in the documentary form. As a filmmaker Anitha has been the recipient of several awards including an Arts Practice grant from the India Foundation for the Arts, IFA, a Pro-Helvetia residency from the Swiss Arts Council in India, and an INLAKS foundation scholarship to the Royal College of Art. Anitha’s work has been screened at international animation festivals, winning numerous awards and mentions.

In the first few decades following independence in 1947, state-commissioned educational films remained animation’s most visible form in India. My paper investigates this small but significant body of work produced largely by the Films Division of India between the 1950s and 1980s, unpacking the strategies adopted to impart notions of identity, citizenship and progress to a vast and diverse public. Over the decades they provide a tangible record of animation’s engagement with the evolving discourse of nationalism.Whether celebrating Soviet inspired industrialisation or propagating the theme of ‘unity in diversity’ the films make apparent a range of political agendas, while influences from Eastern Europe and America inflect the visual styling.

I also draw from existing scholarship on the relationship between animation and politics, as well as recent writing on Indian documentary cinema (Roy 2007, Sutoris 2017, among others) to interrogate the status of animation in the consolidation of ideologies in a post-colonial state.
Just how influential or marginal were these works in shaping a collective imagination? Who do they impact and how do they speak? How decisively have these early pre-occupations shaped India’s animation industry? To explore these questions, I seek to shift focus from live-action, which has long dominated studies of state-commissioned cinema In India, to consider the entanglements of belief and desire that lie beneath animation’s deceptively innocent surface. 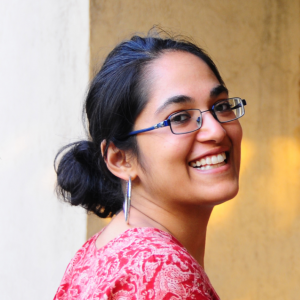