Dan Bashara
Dan Bashara received his PhD from the Screen Cultures program at Northwestern University in 2014 and is currently an instructor in the Cinema & Media Studies Program at DePaul University in Chicago. His recent book Cartoon Vision (University of California Press, 2019) explores the postwar American cartoon as a principal actor in the midcentury modernist movement, in dialogue with architecture, graphic design, and live-action cinema. His research interests include animation, architecture, design, visual culture, and modernism in all its forms, and he teaches courses on cultural studies, film noir, science fiction, animation, the cinematic city, and the fantastic.

Postwar UPA animation is famous for its bold colors and simplified shapes, and for replacing naturalistic backgrounds with sparse abstraction and blank color fields; modern architecture experimented equally with color at midcentury. In this paper I explore shared attempts in animation and architecture to free color from its descriptive duties, so that it could function on its own in what Fernand Léger, in a 1943 architectural manifesto, called “experimental fields.” Seen as a free field rather than as a property of an object, color had spatial capabilities that both architects and animators were eager to test out. UPA uses color to articulate space in new and surprising ways, harnessing animation’s physics-defying nature to explore expanded ideas of spatiality circulating throughout the architectural profession at midcentury. Rooms without walls, unstable perspectives, and impossible spaces haunt these cartoons, all enabled by experimentation with color fields. The cartoon is thus a laboratory of color able to work through spatial paradoxes modern architecture could only hint at. By exploring UPA’s cartoon color alongside contemporaneous developments in modern architecture, I argue that the use of color fields in postwar animation unsettles our binary understandings of the visible and the invisible, of presence and absence, and of inside and outside. Through color, animation invents new models of space, solving dilemmas at the heart of modern architecture’s own innovations. 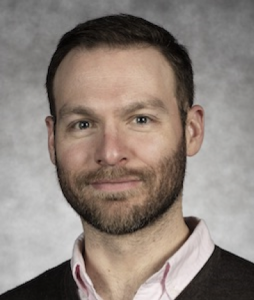