As one of the oldest techniques, stop-frame animation is among those which gives the animator the possibility to directly manipulate objects in physical space. Unlike 3D computer animation, in which the animator is bound to work with more abstract processes to animate 3D objects and characters, the manipulation in stop-frame animation is concrete. Therefore, some artists and animators may find the process of stop-frame animation more intuitive. Several attempts have been made to transport the intuitive process of animating in stop-frame animation, its physicality, and its particular aesthetic qualities to 3D CG animation and the world of Virtual Reality. The development of puppet interfaces, and recent inventions for Stop Motion in VR are examples of such attempts. As a result, new and innovative approaches and systems have been developed to facilitate the process of bringing animated stop-frame characters into VR environments. While the existing systems have created fascinating new possibilities for artists, animators, and filmmakers to explore the aesthetics of stop-frame animation in VR, there is still room for improvement in current processes. Currently there seems to be restrictions with puppet movements and natural lighting. There is also need for development in existing tools, such as Unity3D. Therefore, the main goal of this research project is to develop a more complete system of stop-frame animation in Virtual Reality. 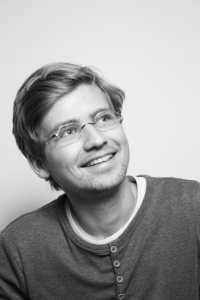