DOCUMENTARY ANIMATION AND POLITICAL MEMORY OF THE 20TH CENTURY

Javier Moral
Javier Moral Martín, PhD in Film Studies with an Outstanding Doctoral Thesis Award, is currently Lecturer at Universitat Politècnica de València, Spain. He is a member of the Spanish Association of Film Historians (AEHC) and he has managed and delivered many courses, workshops and seminars on art, cinema and photography in educational and cultural institutions. He wrote the books Double representation. Life of illustrious artists on the screen (Bellaterra, 2013) and Lola Montes (Nau Llibres, 2015), as the result of a research fellowship at Cinémathèque Française in Paris; as well, he contributed to the books Directory of World Cinema: Spain (L. J. Torres Hortelano [ed.], Intellect, 2011), and (Re)viewing Creative, Critical and Commercial Practices in Contemporary Spanish Cinema (Fernando Canet [ed.], Intellect, 2014). He has published in journals papers focused on audiovisual practices on the fringes of the cinematographic industry to put into question filmmaking dominant codes.

Sara Alvarez
Sara Álvarez Sarrat, PhD in Fine Arts, is Senior Lecturer in animation at Universitat Politècnica de València. After some years working as model maker and an animator for animation studios in Valencia, she did an internship at AWN magazine (Los Angeles, USA). She contributes regularly to animation publications and congresses. In 2012 she curated the exhibition Surviving Life: Collages de la película de Jan Švankmajer. Two years later, she made a research fellowship at Holland Animation Film Festival. In 2015, she won the artistic grant Ramón Acín, from Diputación Provincial de Huesca (Spain), which ends up with the exhibition La casa Ena. She currently heads the research group Animación UPV and the international student festival Prime the Animation! She is also part of the editorial committee of the research journal Con A de animación, member of the Scientific Committees of CONFIA – The International Conference in Illustration & Animation (Portugal) and Congreso Quirino (Spain).

María Lorenzo
María Lorenzo Hernández, PhD in Fine Arts, is a Senior Lecturer in Animation at Universitat Politècnica de València, Spain. She has delivered papers regularly at the Society for Animation Studies annual conferences, and she was keynote speaker at CONFIA 2015 – The International Conference in Illustration & Animation (Portugal). She contributed to the books Animated Landscapes (Chris Pallant [ed.], Bloomsbury, 2015), and A Companion to Illustration (Alan Male [ed.], Wiley-Blackwell, 2019). As well, she has published papers in Animation Studies, Animation: An Interdisciplinary Journal, Animation: Practice, Process & production, and Animation Journal. Since 2011, she edits the peer reviewed annual journal Con A de animación. She is also an awarded animation filmmaker, and a member of the Spanish Academy of Film.

This panel will stress the links between animation documentary and the defense of human rights, to delve into different stylistic and formal paths which shape their messages, paying special attention to the portrayal of political and military conflict, and how these impact on the lives of individuals, who become collateral victims. These films highlight different ways of representing reality beyond the traditional foundations of classic documentary, and they allows us to approach the defense of human rights from new stylistic and formal perspectives. Not in vain, it is precisely the capacity of animated images to transcend the mimetic appearance of reality which favours the proliferation of animated documentaries that denounce the violation of human rights. This emergence, which comes from the independent animation of the last third of the 20th century, has become a global phenomenon that adopts very diverse faces, as can be seen in films such as Another Day of Life (Raúl de la Fuente and Damian Nenow, 2018), Kaputt / Broken – The Women’s Prison at Hoheneck (Volker Schlecht, Alexander Lahl, 2016) and Zepo (César Díaz Meléndez, 2014). These works, among others will be the center of analysis of this panel.

From Angola to Yugoslavia. Journalism and war conflicts in animated documentary by Javier Moral
This paper will focus on the Spanish feature Another Day Of Life (Raúl de la Fuente, Damian Nenow, 2018) and the European production Chris the Swiss (Anja Kofmel, 2018), two recent animated documentary feature films which delve into two important war conflicts that defined the historical development of the second half of the 20th century. These films complaint about the violation of Human Rights through the experiences of their main characters – who witnessed firsthand such historical events. On the one hand, Another Day Of Life reenacts the experience of a Polish reporter, Richard Kapuscinski, who visited Angola in 1975, in the midst of a war that culminated in the decolonization of the African country as a Portuguese province. On the other hand, Chris the Swiss approaches the Balkans war during the 90s, following Anja Kofmel’s personal research developed about the tragic decease of her own cousin, then a young reporter named Christian “Chris” Würtenberg.
Since both films take the professional and life experience of war journalists, and although both films are constructed from different stylistic ways, the two features coincide in denouncing the unreason of war. This paper will also pay attention to their stylilistic choices, such as the hybridization of animated and real image in these films, and their narrative construction – placing memoir at the center of their structure –, from the viewpoint of those who endured fatal consequences for witnessing horror.

Abstract2
Unanimated Voices. The Spanish Civil War as an emergent subject in Spanish animation productions by María Lorenzo
Despite the facts that Spanish cinema avoided the boycott of censorship to approach the Spanish Civil War during the Dictatorship (1936-1975), and since the beginning of democracy numerous live action films have denounced the war and its traumatic post-war, the first animated film to evoke such dark episode was a Portuguese short film:
Os salteadores, by Abi Feijó (1993). Noticeably, the first Spanish animated film to portray the same period was 30 Years Of Darkness (2012), a feature film by Manuel H. Martín, which documented the experiences of people who had to live hidden after the war to escape the Francoist repression.
Since then, animated productions about the Civil War and its consequences are mushrooming to claim for historical memory, through fictional narratives or linked to actual events. This paper will focus on three short films that bet on different strategies to recreate
History: Zepo, by César Díaz Meléndez (2014), which proposes a story based on characters and scenes during the Postwar period (the relentless persecution of the maquis by the Civil Guard); as well, Areka (2017), a collective experimental work coordinated by Begoña Vicario, vindicates the need to find the corpses of War victims abandoned in common pits; and finally El olvido (Xenia Gray, Cristina Vaello, 2018) is a short film that realistically revives a historical
episode: the bombing of the Alicante Market in 1938 by the German aviation, resulting in the death of several hundred civilians.

Abstract3
Innocent and invisible. Women behind bars in animated documentaries by Sara Álvarez
The rise of animated documentary highlight topics that have been silenced throughout history. Recent productions reveal how the role of women in our society is being relegated to a second position, which in the context of political conflict means that women face double
marginalization: they become invisible considering their victim status and by their very condition of being women. The review of this topic through animated documentary seem relevant to us, since the symbolism inherent in animation owns a unique capacity to put ourselves in someone else’s place, as argued by Anabelle Honess Roe (Animated Documentary, 2013).
This article analysis the representation of invisibility and confinement of women in conflict areas, by exploring three short films related to the issue: Kaputt / Broken – The Women’s Prison at Hoheneck (2016), by German directors Volker Schlecht and Alexander Lahl. In the film, two survivors talk about torture and forced labour in prison and the great benefit their work provided on both sides of the Iron Curtain. Makum. No llores (2018), by Spanish filmmaker Emilio Martí, tells the stories beyond the drawings and writings on the wall inside detention centres for migrants, covert prisons, even though they are not considered penitentiaries. Thirdly and finally, Argentinian director Santiago Bou shows us two sides of the same coin: victim and perpetrator, in the short film Padre (2013). The film is a portrait of Argentina society facing the daughter of a former commander of the military dictatorship, confined in her own home struggling to avoid dementia, and the public demand of Mothers of the Plaza de Mayo that bursts into the house trough the media. The film addresses the human side of the conflict, the suffering and human tragedies caused by authoritarian regimes. 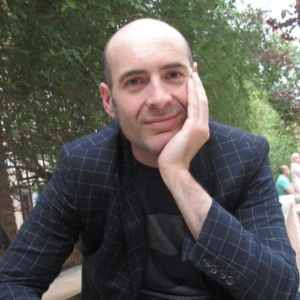 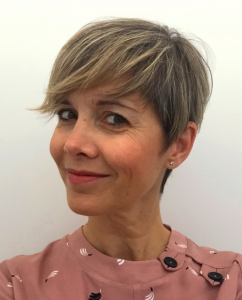 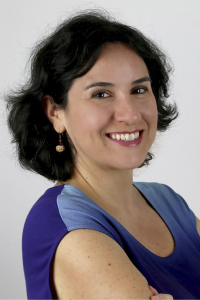