Yijing Wang
Yijing is a PhD candidate in Central Saint Martins, University of the Arts London. She earned her undergraduate degree at Central Academy of Fine Arts, China (2013) and MA at UAL, CSM (2015). Since BA course, she had been participating in several projects for Chinese minority themed animation.
Currently, her PhD research is using animation as a form of ethnographic documentary, exploring animation’s potential to document the underrepresented cultures of minorities. Drawing on new approaches to animated documentary and preliminary studies of the Longhorn Miao, she is preparing an animated documentary with this group, to test animation as an innovative form of ethnographic documentary.
Relevant links to visual work: https://jeanwang.weebly.com/hmongb-rongx.html
https://jeanwang.weebly.com/hmongb-rongx.html.

In 1978 Edward W. Said published the book Orientalism, his work critiqued Western academia for its unexamined attitudes towards a fictitious ‘Orient’ that prompted a ‘paradigm shift’ in many disciplines including ethnology. Under the influence by post-colonial perspectives, a number of filmmakers of ethnographic documentary began trialling participatory methods involving local community members, aimed at making them directly involved in the process of film production.

In addition, American anthropologist Jay Ruby suggested that using the conventions and techniques of alternative digital multimedia, including animation, breaks the limitations imposed by the traditional filming discourse. Hence, I adopt the concept of participatory design to work with the Longhorn Miao in my project, as they are capable to use images to display their oral culture and connect movements and narratives together through animation. Therefore, the oral culture can be visually and directly demonstrated by animated images.

The first section of this paper investigates the use of animation as an ethnographic tool and how animation can creatively interpret the authentic voices of minorities. The second section explores ways of working with minority people to ensure their perspectives are represented in ethnographic animation. The last section introduces my fieldwork and my animated documentary for the Longhorn Miao people. It will also explain the application potential of my research to other fields. 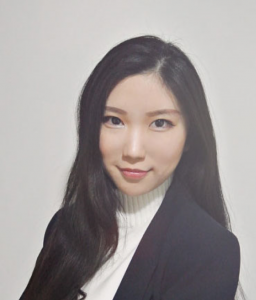