AGAINST ENTREPRENEURIALISM? THINKING ABOUT HOW TO EFFECTIVELY TEACH ANIMATION IN THE CONTEMPORARY UNIVERSITY

Paul Ward
Paul Ward is Professor of Animation Studies in the Graduate School at the Arts University Bournemouth, UK. His main research interests are animated documentary; animation pedagogy; production cultures; communities of practice; and film and media historiography. Published work includes numerous journal articles and anthology essays, along with the recent book The Crafty Animator (co-edited with Caroline Ruddell). He serves on the Editorial Boards of animation: an interdisciplinary journal and Animation Studies. He was also the President of the Society for Animation Studies from 2010 to 2014 and the inaugural Fellow of the Holland Animated Film Festival (HAFF) in 2012. He was a Visiting Professor in the Design School at the Politecnico di Milano in November 2013. His work has been translated into German, Czech, Korean, Farsi and Japanese. Paul Ward is Series Co-Editor (with Caroline Ruddell) for the book series Palgrave Animation [https://www.palgrave.com/gp/series/15948].

How we teach animation is often reduced to a simplistic binary: we ‘train’ people to work in industry or we ‘educate’ them to be creative thinkers. This leads to a bifurcation of ‘skills’ on the one hand and ‘academic’ outcomes on the other. Industry discourses about ‘skills gaps’ and universities’ focus on ‘employability’ further entrench this perception. We need more critical studies of animation education to challenge this simplistic model, and the assumptions that underpin it.

This paper examines one prevailing view of many animation degrees – that we should teach students to think ‘entrepreneurially’. This seems like pure common sense; but I want to argue that there is more to thinking ‘entrepreneurially’. Rentschler (2002) offers a model for understanding ‘the entrepreneurial field’ more widely, identifying four tendencies: Entrepreneur, Managerialist, Impresario and Custodian. She takes a set of activities that have become broadly understood and accepted simplistically – entrepreneurs are business-people – and looks at them with more nuance.

Oli Mould (2018) outlines what we (should) mean by the term ‘creative’, and the consequences of allowing it to be colonised by the discourses associated with neoliberalism. My argument is that animation education, when it invokes notions of the ‘entrepreneurial’, needs to be similarly critically and politically engaged. 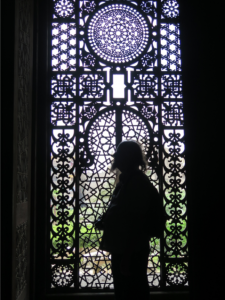