SITES OF GENDERED CREATION IN AMERICAN AND JAPANESE ANIMATION, 1950S TO PRESENT

Jason Cody Douglass is a Ph.D. student in Yale University’s combined program in Film and Media Studies and East Asian Languages and Literatures, as well as the graduate program in Women’s, Gender, and Sexuality Studies. His research interests include animation, film and media theory, and East Asian cinema. In 2018, his article “In Search of a ‘New Wind’: Experimental, Labor Intensive, and Intermedial Animation in 1950s and 1960s Japan” received the Maureen Furniss Award for Best Student Paper on Animated Media. Most recently, he contributed a chapter on early Japanese TV commercials to Animation and Advertising (eds. Kirsten Moana Thompson and Malcolm Cook).

Caitlin Casiello is a Ph.D. candidate in the combined program in East Asian Languages & Literatures and Film & Media Studies, as well as Women’s, Gender, & Sexuality Studies, at Yale University. Her dissertation explores the clash of sexuality and politics in Japanese cinema from the 1950s to the 1990s, with particular focus on how non-mainstream sexually-themed genres, such as adult film, connect with the world of art cinema and the expansion of sexual expression as political expression.

Mihaela Mihailova is a Postdoctoral Fellow at the University of Michigan Society of Fellows, with a joint appointment as Assistant Professor in the Department of Film, Television, and Media. She has published articles in animation: an interdisciplinary journal, Studies in Russian and Soviet Cinema, Post Script: Essays in Film and the Humanities, and Kino Kultura. She has also contributed chapters to Animating Film Theory (ed. Karen Beckman) (co-written with John MacKay), Animated Landscapes: History, Form, and Function (ed. Chris Pallant), The Animation Studies Reader (eds. Bella Honess Roe, Nichola Dobson, Amy Ratelle, and Caroline Ruddell), and Drawn from Life: Issues and Themes in Animated Documentary Cinema (eds. Jonathan Murray and Nea Ehrlich). Dr. Mihailova is also editing a collection of essays titled Coraline: A Closer Look at Studio LAIKA’s Stop-Motion Witchcraft for Bloomsbury Publishing.

Sites of Gendered Creation in American and Japanese Animation, 1950s to Present

Drawn (to) Independence: Female Showrunners in Contemporary American TV Animation by Mihaela Mihailova
The current surge of female-driven television animation in the US challenges dominant academic narratives about contemporary television. The notion of “peak TV” has only recently been applied to animation thanks to Netflix and Amazon investing in original children’s series (Hopewell and Barraclough 2017). Moreover, the Hollywood trend of high-profile women crossing over from independent cinema into high-profile television work has no counterpart in the animation industry. Instead, what emerges is a complex map of career trajectories, foregrounding the need to examine the paths women in animation take from independent work to creative leadership.

This talk focuses on female creators working within online funding and distribution channels, examining the ways in which the relative creative freedom afforded to showrunners in the post-network era has facilitated engagement with feminist and queer issues. Natasha Allegri’s Bee and Puppycat, an anime-inspired feminist narrative about an unemployed woman and her magical companion, became the most-funded web series in Kickstarter history in 2014 (Riesman 2014). Rebecca Sugar’s Steven Universe has garnered praise for its focus on genderqueer aliens known as Crystal Gems (Brammer 2017). Finally, the Amazon Video series Danger & Eggs,created by transgender artist Shadi Petosky, explicitly aims to highlight “traits that LGBTQ kids, allies, or families would see in themselves” (Bendix 2017).

Abstract2
The Earth As Character Gallery: Gender, Theater, and the Avant-Garde in Shōjo Kakumei Utena – Caitlin Casiello
Shōjo Kakumei Utena (Revolutionary Girl Utena), a 1997 Japanese television animedirected by Ikuhara Kunihiko, begins with a curtain rising to reveal a play: a fairy tale about a girl who meets a prince and who then decides to become a prince herself. “But was that really such a good idea?” asks the unseen narrator; this frame narrative introduces the main character, Tenjō Utena, a girl who dresses as a boy and aspires to absolute princely nobility as she becomes embroiled in fencing battles to defend the mysterious Rose Bride. Through this play with gender and narrative, Utena advances a critique of traditional gender roles and the systems of family, education, and violence which uphold them.
In this presentation, I contextualize the gender revolution of Utenaby tracing its intertextuality with the works of 1970s avant-garde director Terayama Shūji, his theater troupe Tenjō Sajiki, and its composer J.A. Seazer, who composed “duel choruses” to accompany the sword fights at the center of each episode of Utena. Through its visuals and music, Utenadevelops a surrealist idiom of images which overlap and intersect with Terayama’s experimental works. While Terayama directly challenges the permeability of stage and screen through intermedial theatrical/filmic works, Utena uses animation to create stages within screens, destabilizing the flat and brightly-colored girls’ anime world just as its characters’ identities are destabilized within the crisis of adolescence.

Abstract3
Beyond the Outer Limits: On the Crisis of Masculinity in Some Films by Kuri Yōji – Jason Cody Douglass

Kuri Yōji entered the animation industry in 1960 by establishing a filmmaking division within his independent studio Kuri jikken manga kobo. Having opened the workshop in 1958 as a 30-year-old manga illustrator, Kuri soon decided to expand his operations to include animated shorts and TV advertisements. Within a mere three years, Kuri’s animation would screen in festivals and garner accolades in Tokyo, Venice, Vancouver, Annecy, and San Francisco. During this period, Kuri published an essay, “Animēshon no mugen no sekai” (“The Limitless World of Animation”), in the May 1963 edition of the film journal Kinema junpō. Kuri argues there that animators who continue to employ pre-war, Disney-like aesthetics forsake the “limitless” potential of animation and fail to express any kind of “modern realism.” Missing from his thesis, though, is any mention of the thematic crux of Kuri’s oeuvre: sexuality.

In this presentation, I closely analyze some of the works and writings of Kuri Yōji, the most prolific of a trio of trailblazing experimental visual artists from early 1960s Japan operating under the banner Animēshon sannin no kai (“Animation Association of Three”). I focus on examining and historically situating the complex and often troubling depictions of sexuality and masculinity on display in Kuri’s animated works. I consider as well the limits of Kuri’s strategy of combatting child-oriented animation by bringing life to moving images geared exclusively towards adults. 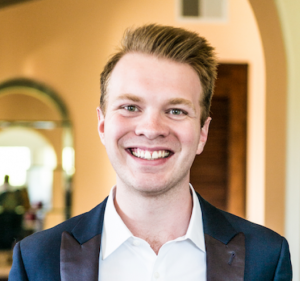 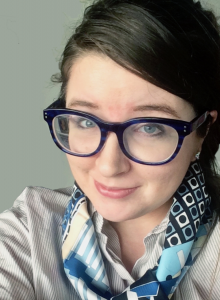 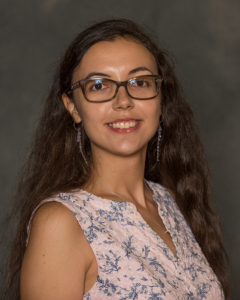