FEMALE SEXUALITY AND THE ‘VOCALIC BODIES’ OF NEVER LIKE THE FIRST TIME!, LE CLITORIS, AND PRIVATE PARTS

Ana Carolina Benalcázar
Carolina Benalcázar is currently pursuing an MA in Film Studies at Concordia University. She is from Quito, Ecuador, where she has worked in film production, writing and programming. Among the projects she has participated in are the soon to be released feature length fiction film Panamá by Javier Izquierdo (Ecuador, 2019), a series of film exhibitions curated and produced by the cultural association Vaivem (Portugal, Argentina and Ecuador), and the first film exhibition of contemporary Québec cinema in Quito, Ecuador. She is part of the editorial collective Recodo.sx (www.recodo.sx), which also functions as a creative non-fiction digital magazine. She also writes about film for Mubi and Another Gaze.

Short animated documentary films such as Never Like the First Time!, Le Clitoris, and Private Parts join the largely female-enforced praxis that has established sexuality as a compelling subject matter in animation filmmaking. Through their ‘vocalic bodies’, which Annabelle Honess Roe defines as animated embodiments of interview subjects, these short films investigate and, either reinforce or question, the mystery that still surrounds female sexuality, as one being fraught by a patriarchal aura. Situated in a supposed postfeminist landscape, this paper will examine what these ‘vocalic bodies’–humans and anthropomorphized genitals–reveal about the accomplishments of today’s struggle against sexual inequality, and the ethical risks they face in terms of normalizing hegemonic racial and gender identities and interactions. A thorough analysis of the aesthetic labour behind the ‘vocalic bodies’ will be a central concern. Ultimately this paper seeks to answer the question: in a contemporary and socially privileged Western context that increasingly demands greater justice as to how both sexual diversity and female sexuality are represented, what role do these short films play? How is this role conditioned by their modes of production and exhibition circuits? What functions do humor and the interviewer-interviewee relationship play? This paper intends to look at female sexuality as a subject-in-the-making that needs to be recognized as continually under construction. 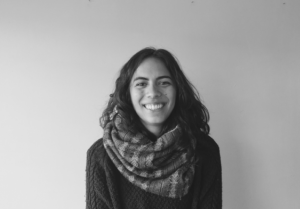