FEMINISMS AND ANIMATION: FEMINIST DISCOURSE ANALYSIS OF QUEBEC ANIMATION FROM THE NATIONAL FILM BOARD OF CANADA (1970-1979).

Marie-Josée Saint-Pierre
Marie-Josée Saint-Pierre founded in 2004 the independent company MJSTP Films Inc. in which she produces her own films at the junction of documentary and animated cinema. Two main themes emerge from her original creations: motherhood (Post-Partum, Passages, Femelles and Your mother is a thief!) and artistic creation (McLaren’s Negatives, The Sapporo Project, Flocons,Jutra and Oscar). Selected for the Directors’ Fortnight at the Cannes Film Festival, Jutra (2014) has won three prestigious Canadian awards (Gemini, Jutra and Canadian Screen Award). During her career, her film work has won more than 55 international awards. Graduate of Concordia University (BFA Film Animation and MFA Film Production), she is a PhD student in Studies and Art Practices at Université du Québec à Montréal with a postgraduate concentration in Women’s Studies and recipient of the Vanier Scholarship for Graduate Studies.

“It is clear that opportunities vary enormously between countries. Canada’s National Film Board has done perhaps more, historically, than any other institution to support the development of animation as an art form and have provided opportunities for many women filmmakers. There is a need for adetailed study of its role, and the results, in this area.” (Pilling, 1992, p. 7)
The cultural view of animated film as a lesser art practice and the institutionalization of a specific cinematic discourse have broadly marginalized female animators, discounting their voice as a result, producing a biased and incomplete cultural perspective on animated film. The 1970s represent a momentous time for women’s liberation in Quebec. On the feminist visual arts continuum, women’s animation has been politically driven by the socioeconomic issues of the time, while challenging the iconography traditionally associated with the feminine sphere. Animated film provides a unique cinematic language, one that this communication conveys through its intersection with feminist theory. This analysis and restoration of the feminist discourse of female animators and strong female role models in the field serve to acknowledge their realities. This communication offers an alternative and critical historical view of a little-known and under-researched discipline that tends to be overlooked: the feminist animated film from the National Film Board of Canada and how the institution has shaped their discourse. 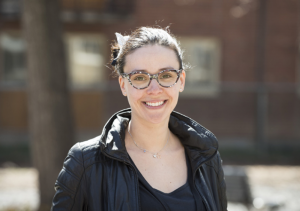