Andrijana Ruzic
Andrijana Ruzic (Belgrade, 1972) graduated in History and Criticism of Art on the Università degli Studi in Milan, Italy. She specialized in History of animated film under professor Giannalberto Bendazzi. The subject of her thesis was the opus of John and Faith Hubley. In the last six years she is a curator of the section dedicated to animated film within the International Comics Festival in Belgrade. She lives in Milan, Italy and prefers to write about independent authors of animated film. She’s currently working on her first book about Michael Dudok de Wit’s life and films.

Once upon a time there was a country called Yugoslavia. It was good and prosperous place for the art of animation, funded mainly from the State budget in its golden era. A pioneering role in animation development belongs to Zagreb School of Animation. Yugoslav short animated films elaborated contemporary problems of a young post-war society in its early socialist development. With the usage of innovative graphic language of stylized animation filmmakers were focused on a destiny of a common citizen tormented by the social alienation in the modern society.

But the times have changed: today Yugoslavia is nothing but a mere recollection and six of its ex republics still endure the difficult and challenging processes of a transition from a socialist to a capitalist society. Nevertheless, within their boundaries the art of animation is still alive. A list of new issues appeared in the films of a new generation of animatiors: the problems linked with globalization and identity crises, survival of political utopias and dystopias, the destiny of a cultural heritage of Yugoslavia.

In order to analyze and contextualize this new array of social, political and cultural problems within recent animation production in the area of ex Yugoslavia, I have chosen to present and analyze three multi-awarded short films made in Slovenia, Croatia and Serbia in 2018: The Box by Dusan Kastelic, How Steel Was Tempered by Igor Grubic and Untravel by Ana Nedeljkovic and Nikola Majdak Jr. 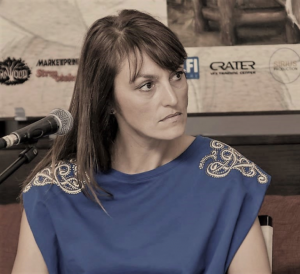