FROM REGIONAL TO TRANSNATIONAL: THE IMPACT OF RECENT SPANISH HISTORY ON FEMALE ANIMATED BODIES

Mercedes Álvarez San Román
Mercedes Álvarez San Román (BA Media Studies, MA Gender Studies) obtained her international PhD from the Sorbonne University (France) and Oviedo University (Spain), after completing an MA on Gender Studies, an MA on Journalism and a BA on Media Studies. In her dissertation, “Anima(fic)tion? The production of the body in the digital era”, she analyses animation film production in Spain between 1985 and 2017. She conceives animation as a privileged media for exploring the interactions between body, gender and technology in a particular historical and economical context. She has been visiting scholar at Columbia University and University of California Los Angeles. She has published several essays in peer-refereed journals such as the Journal of Spanish Cultural Studies and Cahiers de civilisation espagnole contemporaine. Currently, she works as a teaching fellow at Sorbonne University. She has combined her academic career with her journalistic activity at the Spanish news agency, EFE.

Spanish has reached the fifth position of animation production in the world, as observed by the European Audiovisual Observatory in 2015. Since the release of The Living Forest in 2001, national production has been increasing annually until obtaining box office success with Tad, The Lost Explorer (2012) and international recognition with titles such as Planet 51 (2009), Chico & Rita (2010) or Wrinkles (2011).
This golden age started off during the Spanish democratic Transition. The first decade of democracy saw the emergence of a thriving culture in regions such as the Basque Country, where it was felt that an identity had to be rebuilt after Franco’s dictatorship. Animation helped to connect with new generations and, thus became a major tool in this process. Autonomous governments vigorously supported the production of “regional movies”, in which the plot portrayed a specific geographical, historical and linguistic context. This particular political situation was the key to the development of the animation industry, especially CGI. As soon as Spain entered international economic organizations, animation movies became globalized products and local landscape and legends were replaced by American urbanism and English language.
Since female characters are considered by economic agents as a key to international markets, this paper seeks to analyze how the female animated body has evolved in this regional-to-transnational process by focusing on Spanish animation movies from 1985. 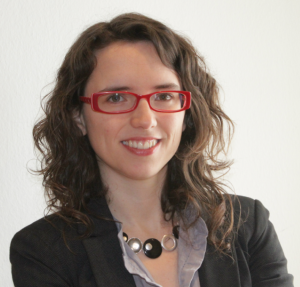