Monster Docs is a collaborative research project between animators and physicians seeking to develop a method of communication that both simplifies and clarifies the means through which medical procedures are communicated to patients, specifically children and their parents or caretakers. We seek to achieve this through the use of animated short videos that utilize entertainment, a visually appealing style, and humor that will engage the viewers while educating them about their illnesses and the corresponding procedures.
Animation was chosen for this project so that it would allow subject matter that could be sensitive or difficult to be approached with some humor. By using the same tools, software, and methods as current television programs it lends relevance while allowing children to be immediately comfortable with look and style.
This paper aims to showcase the creative process behind the production of Monster Docs, including the style of animation, its practical implications, and workflow implementation. By exploring this process future productions can build off the structure of Monster Docs to create more complex, longer form, or visually stylistic animation. Typical animation productions require numerous animators and other artists, however, Monster Docs is being completely animated by myself and so a streamlined workflow had to be developed and implemented. 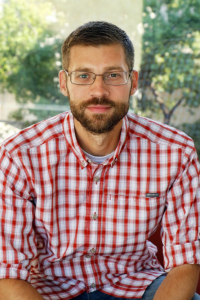