ANIMATION AND ITS CREATIVE LANGUAGE IN CULTURAL ADAPTATION

Monireh Astani
Monireh Astani is a first year PhD Candidate and a John Hume Scholar in the Media Studies department at Maynooth University, Ireland. She holds a master’s degree in Animation from the Tehran University of Art, Iran, in addition to a bachelor’s degree in Visual Communication (Graphics) from the Alzahra University, Iran. In her PhD project and Under the supervision of Dr. Jeneen Naji and Dr. Ann O’Brien, she examines the reworking of the ancient Persian text ‘Shahnameh’ into cutting-edge forms of animation. Her interdisciplinary practice-based research critically analyses the interplay between media specific adaptations and cultural appropriation within the field of Animation Studies.

Canonical works of literature have a cultural worth and sensitivity when it comes to adapting them. For them, adaptation can serve as a way of reanimation and restoration which re-engage their familiar audiences and invite the unfamiliar and new audiences for new experiences. However, the adaptation may face some challenges when translating and transforming the cultural concepts of such texts, challenges such as the difficulty of the language or complicated notions that are not easy to be understood outside of a specific cultural region. Here, media such as animation can perform as a language which translates and transcend the textual codes of these narrations by using visual, aural, motion and interactive capabilities of the animation medium.
This research will explore Ferdowsi’s Shahnameh (1010 AD) which is the national epic of Iran. Firstly, it will determine the cultural notions which identify this narration’s identity and critically explore how such concepts have been reflected in the animated adaptions of this work. Then it will investigate the instances of artists using animation in presenting the visual, aural, motion and interactive modes of engagements, the instances that suggest new approaches to employ a text by use of animation medium as an effective and innovative language. Lastly, it will suggest how such novel approaches can assist adaptation of a canonical text such as Shahnameh in preserving its cultural concepts and offering new ways of its representations. 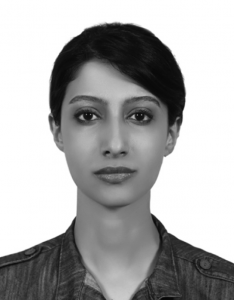