THE SHRINKING TRUTH ABOUT DISNEY PLASTIC

Ron Barbagallo
Ron Barbagallo runs an Art Conservation practice devoted to the ethical repair and scientific preservation of classic animation art. Founded in 1988, Barbagallo’s repairs and conservation practice is distinguished by his 30 year collaboration with Conservation Scientist Michele Derrick. In 2015, Barbagallo folded his animation assets into a library and formed The Research Library at Animation Art Conservation. The maiden ‘lost and FOUND’ lecture from The Research Library at Animation Art Conservation was held at Chapman University on December 1, 2015. This lecture unveiled an Anamatic that represents the version of Salvador Dalí’s Destino, completed as the artist intended. Media coverage of this lecture went viral globally in print publications and on the Internet. In July 2017, Barbagallo gave keynote speech at the SAS conference at Padova University in Padua, Italy. His talk covered his work in the repair of Disney Animation art and presented a full-color longer version of Destino.

The mythos surrounding Disney acetate is rooted in the accepted fact that the shrinkage of that plastic is owed to what is called “the vinegar syndrome,” an exchange of water and acetic acid molecules that result in shrinking plastic, and as a secondary action – a flood of plasticizers that emerge from the cel sheet as the plastic shrinks.

By way of years spent examining Disney di-acetate cels, in 1995 I published: “It is not uncommon for an image (a trimmed cel or cel sheet) which is 6 inches tall to lose 3/8 of an inch during a 40 year period.” [Topics In Photographic Preservation, Vol 6, American Institute For Conservation]. This observation was based on sun-fading and adhesive staining seen in cel setups.

In 1999 – 2018, 7 di-acetate cels came into my care and during that time, the collection was maintained in a recommended environment. Yet over that time period, each piece of plastic shrunk about 1/8th of an inch and the IPI acidity strips put in each housed cel setup were found to be largely unaltered.

High Res scans of the art were made in 1999 and in 2017. By animating these scans, I am able to show the world for the first time – Disney plastic as it shrinks. In speaking with Doug Nishimura at IPI, we were able to come up with a hypothesis as to what is the real cause of the shrinkage and it’s not acetic acid or plasticizers. This lecture would turn science fiction into science fact by showing Disney plastic as it shrinks and letting us make public our test results. 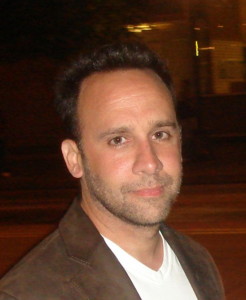