Leila Honari
Leila Honari is a lecturer in Art Direction, Animation, Griffith Film School (GFS). She is an animator of Persian background, whose first profession was as a designer of traditional carpets. She is also a Sufi dancer. Farsh-e-Parandeh draws holistically on her cultural and professional background and is the basis of her PhD, which she is currently completing at GFS. Honari has presented her research in international conferences such as Australian Fairy Tale Society Conference 2018; Australian Screen Production Education and Research Association Conference 2017; Society of Animation Studies Conference 2016; the Art Association of Australia and New Zealand Conference 2015; and Create World Conference 2015. Farsh-e-Parandeh has been exhibited in George Town Festival, Jalan Jalan on the Move, in Malaysia, 2018; and screened as part of the Australian animation program for exchange with various ASIFA chapters around the world for International Animation Day 2018.

Michael Linhart
Michael Linhart is a doctoral candidate and sessional lecturer in Animation, Griffith Film School. His films The Skin Factory (2013) and Freakshow Limbo (2014) have screened at major international festivals, including Cannes Short Film Corner (2014, 2015) and Stuttgart Animated Film Festival (2014); his doctoral project Peeping Winkle is currently on the festival circuit. Linhart has a keen interest in the uncanny aesthetic that stop-motion utilises as a medium. His stop-motion process aims to highlight the reflexive nature of stop-motion animation while enhancing the characterisation and personality of his puppets through digital composting processes. Linhart experiments with traditional materials and fabrication processes while incorporating new technologies and techniques of 3D printing, camera control systems, and post-production compositing.

Zeynep Akcay
Zeynep Akcay is an animation filmmaker and scholar of Turkish origin. After working as character animator in various projects in Montreal, Canada, she started to work as lecturer at Yasar University, Izmir, Turkey. There, she completed her practice-based PhD for which she made an interactive animated film for preschool children. Focusing on the narrative strategies in different forms of animation, she is currently lecturing in Animation, Griffith Film School. She has presented at international conferences and served as a jury member in festivals; namely, 28th and 29th SAS Conferences, Animafest Scanner IV; 9th AnimaSyros International Animation Festival; and 4th Contact International Student Film Festival. Most recently, she was invited as a filmmaker to the Le Voix des Femmes Festival in Liege, Belgium, and presented at the 4th Under the Radar Symposium in Vienna, Austria.

Motion Condensation in Search of a New Flow for the Female Body: A Long Exposure Pixilation Dance Study by Zeynep Akcay

This panel examines the process of creating an animation product through optical (visual), haptic (tactile) and kinetic (movement) approaches, and aims to demonstrate how these different methods may contribute to the development of an animation project. The three panellists will each present a paper representing one of these angles in relation to their own animation project. The panellists will also discuss the development of their animations, from each project’s conception through to the final outputs on and beyond the screen in public spaces.

The artists who comprise this panel are lecturers at the Griffith Film School, Brisbane, Australia. Each will present their practice-based research, giving special consideration to the influence of their diverse cultural and geographical backgrounds on their work. The first project is an animated, mandalic, projected carpet inspired by nineteenth-century optical toys, Persian carpet patterns, and stories. The second project is a stop-motion puppet animation (set at Christmas time in Tasmania) that utilises textural material and the haptic process. Finally, the third project is a long-exposure pixilation dance film that expresses the kinetic energy in female shamanic dances, conceived in response to increasing conservative discourses about the female body in Turkey. The aesthetic that manifests from these diverse techniques, concepts, and backgrounds is at the core of this panel presentation.

Magic Lanterns and Flying Carpets: Farsh-e-Parandeh by Leila Honari
Farsh-e-Parandeh (‘Flying Carpet’ in Persian) is an animated site-specific aerial projection, utilising a rig with mirrors that is very similar to that used for the magic lantern. Also including a live dance performance, this doctoral project explores an alternative pathway in which cinema could have evolved, where the circle is foremost, rather than the rectangular and linear structures that have dominated modern screen language. This animated version of a traditional Persian carpet explores interconnections between this cultural tradition—including the concept of mandalas and cyclic structures—and nineteenth-century optical toys such as the zoetrope and phenakistoscope.

This presentation will probe possible associations between ancient Persian arts, including Alhazen’s Book of Optics (1021 CE) and renowned philosopher Attar’s Conference of the Birds (1177 CE), and the nineteenth-century neo-classical movement. Farsh-e-Parandeh challenges cinema as necessarily a two-dimensional linear projection, and moves towards an immersive, interactive, holistic engagement. The presentation makes the intriguing suggestion that this ancient form can be seen as a precursor to contemporary VR 360-degree spherical environments. It includes video documentation of Farsh-e-Parendeh as a complete artwork, and discusses its implications for the history of cinema.
Keywords: Optics, optical toys, circle, Persian traditional arts, proto-cinema, installation
Leila Honari
l.honari@griffith.edu.au

Abstract2
Developing Puppet Personality through the Tactile Process: Peeping Winkle by Michael Linhart
Stop-motion puppet animation is a multilayered process that translates a tactile process onto the screen. The medium’s aesthetic divulges rich tones and textures through the unique practice of giving life to real-world inanimate objects, allowing for a sensuous experience in which the audience can be immersed. The final product is only seen as a two-dimensional output on the screen, but the iterative stages that lead to its realisation are centred and begin in a deeply tactile and haptic process. This process dictates significant elements of how the puppets manifest physically in form and also shapes the personality attributed to them.
This presentation considers the above in relation to the doctoral short animated film Peeping Winkle. Themes incorporated into the film are artefacts from the artist’s personal reflections of childhood memories and spaces from his youth, which in turn have influenced design and aesthetic choices. The presentation discusses the puppet’s performative qualities that evolved through the tactile relationship between the creator and the puppet during the developmental and animation production stages of Peeping Winkle.
Keywords: Haptic, fabrication, tactility, puppet performance, iterative development, stop-motion animation
Michael Linhart
m.linhart@griffith.edu.au

Abstract3
Motion Condensation in Search of a New Flow for the Female Body: A Long-Exposure Pixilation Dance Study
Multidisciplinary artist Pierre Hébert suggests that although both dance and animation deal with the artistic expression of motion, there is a fundamental difference between “animated motion” and “danced motion” that stems from the “presence of the body”. In animation, the instrumental process that resides between the concept of motion and the illusion on the screen effaces the body of the animator. By contrast, the motion in dance comes directly from the dancer’s body and from the kinetic energy expended at the time of creation. In contemporary dance, pure expression of movement is achieved through improvisation, in which the conceptual creation process and the final motion are synchronised. However, what happens when this synchrony is fragmentised and condensed into an animated sequence?
This presentation analyses the production process of an animated dance film titled Kam, based on long-exposure photography of an improvising dancer. The footage provided a series of still frames containing condensed motion, in which the dancer’s body is sometimes barely perceivable. These images have then been re-arranged and combined to create a pixilated new flow containing repetitive patterns akin to those in a ritualistic dance, resulting in the erasure of the body and only traces of motion on the screen. Inspired by the anxiety attached to the female body in contemporary conservative discourses emerging in Turkey, this new flow alludes to the mystical power of female shamans.
Keywords: Kinetic, pixilation, long exposure, dance, female body, repetition
Zeynep Akcay
z.akcay@griffith.edu.au 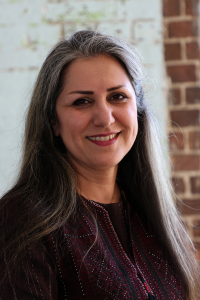 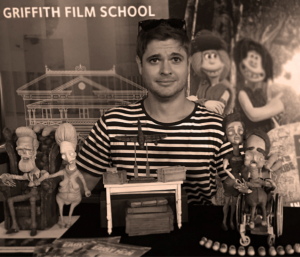 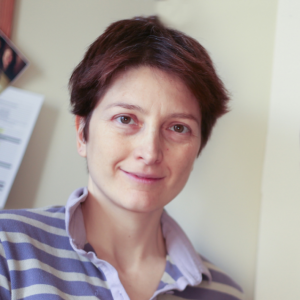