THE (IN)VISIBLE LABOUR OF WOMEN IN GLOBAL ANIMATION

Bella Honess Roe
Bella Honess Roe is Senior Lecturer and Programme Director for Film Studies at the University of Surrey. She is the author of the award-winning Animated Documentary (Palgrave, 2013), the editor of Aardman Animations: Beyond Stop Motion (Bloomsbury, forthcoming 2020) and the co-editor of Vocal Projections: Voices in Documentary (Bloomsbury, 2018) and The Animation Studies Reader (Bloomsbury, 2018). Her current research project is on re-thinking the historiography of women in animation and she is co-convener (with Caroline Ruddell) of the ‘Women in/and/of Animation’ SIG.

Amy M. Davis
is a lecturer in Film History at the University of Hull, where she teaches (amongst other things) American Animation History and Disney Studies. She is the author of Good Girls & Wicked Witches: Women in Disney’s Feature Animation and Handsome Heroes & Vile Villains: Men in Disney’s Feature Animation, as well as editor of the recently-released Discussing Disney. She is also the author of numerous papers on Disney, Hollywood Animation, and Horror.

Caroline Ruddell
is Senior Lecturer and Programme Lead in Film Studies at Brunel University London. She specialises in film theory, representation onscreen, and animation, and has published widely in these areas. Caroline is currently researching craft-based, handmade animation. She is Associate Editor for the Sage publication animation: an interdisciplinary journal, Book Series Co-Editor (with Prof Paul Ward) for Palgrave Animation, and sits on various Editorial Boards.

Panel Title: The (In)Visible Labour of Women in Animation
Chair: Bella Honess Roe (a.honessroe@surrey.ac.uk)
This panel explores the different ways in which women’s contribution to animation is made, or has been made, invisible. It looks at women’s animation in a variety of geographical and historical contexts (Britain, Russia, US) as well as animation that is de-placed via the internet. Another key theme is the way women’s work in animation has been represented – from making-of YouTube videos about contemporary sand animation artists to the behind-the-scenes publicity material from the Disney studio during the Golden Age.

‘Hundreds of Pretty Girls, in a Building All Their Own’: The Downgrading of Female Labour in Popular Depictions of Work at the Disney Studio.
Amy M. Davis

The process of creating animated films at Walt Disney Productions has long been of interest to the general public, and this was recognized by both the Disney Studio itself and, in the 1930s and ‘40s, by its distributor RKO. This led to a number of depictions of many of the stages of creating animation at Disney, including a live-action short produced by RKO (“How Walt Disney Cartoons Are Made”, 1938), the (mostly) live-action feature film The Reluctant Dragon (1941), as well as a number of episodes of the Disney television programmes Disneyland (1954-1958), Walt Disney Presents (1958-1961) and Walt Disney’s Wonderful World of Color (1961-1969). Across these films and episodes, we see both actual and re-created scenes of employees working, yet the majority of those working – and nearly all of those credited with some level of expertise – are men. Women’s labour is sometimes treated as charming but mostly supportive of the work of the “artists” (who are men), or on occasion (when scenes from the past are re-created) is erased almost entirely. This paper looks at the scope and nature of these depictions of women’s labour at Disney, and both seeks to note the integral nature of women’s labour at Disney, and to consider how much work has been done (both popularly and academically) to redress this downgrading.

Abstract2
Where are the Women? Gender and the History of British Studio Animation
Bella Honess Roe

The historical contribution of women to British animation has mostly (but not entirely) been limited to independent animators. But what about their contribution to studio and commercial animation? There are various challenges to carrying out this research. The history of British studio animation is, compared to other national animations, relatively untold, especially beyond the ‘headline’ studios such as Halas and Batchelor and Biographic. There are limited archive holdings from many of the smaller earlier animation studios, ones that still played a significant part in the production of commercial animation. Compounded with this, women’s contribution to the work undertaken at these studios is often made invisible – for example through their crediting under male aliases.

This paper will present the initial findings from a research project that is investigating women in British animation, with a focus on studio and commercial animation. It will consider the contributions of women such as Beryl Stevens, Wally Crook and Vera Linnecar at studios including Gaumont-British and Larkins, with a particular focus on the 1940s and 50s.

Abstract3
Craft on YouTube/streaming services: Sand on glass animators and the (in)visibility of technical processes
Caroline Ruddell
This paper explores the work of sand on glass women animators, including Marieka Walsh, Caroline Leaf and Kseniya Simonova, in relation to identity politics, cultural value, and the visibility of women’s labour. In particular, the paper will consider how the films themselves and ‘making of’ videos (available on services such as YouTube) both reveal and conceal the technical processes of their production. Many examples of sand on glass animation are available to view on the internet, and in addition some are accompanied by short videos of how these films have been produced. Using Marieka Walsh’s ‘making of’ video of The Hunter, which explores in detail the creative process behind designing the aesthetic and story by, for example, focusing on the artist’s love of drawing and moving the sand, this paper argues that emphasis is placed on handmade methods rather than technical processes. This paper therefore considers the implications of such a focus by further exploring recent debates about craft-based animation and authenticity. Both revealing and concealing animation production/labour is certainly not a new notion in animation studies but this paper will focus on the (in)visibility of labour in the context of sand animation where the ‘hand of the artist’ is highly prominent whether we can see it in the frame or not. 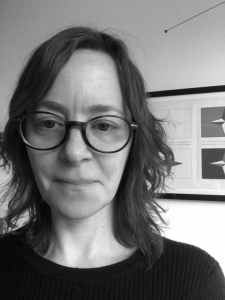 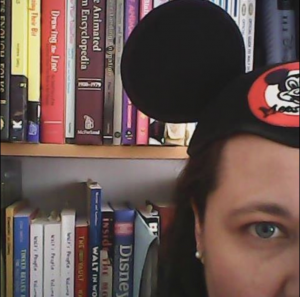 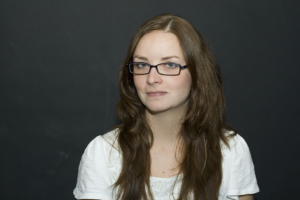