TRUMP IN WACKYLAND: HOLLYWOOD ANIMATION AS REAL ESTATE IN THE AGE OF CRUELTY

Christopher Holliday
Dr Christopher Holliday teaches Film Studies and Liberal Arts at King’s College London specializing in film genre, animation history and contemporary digital media. He has published several book chapters and articles on digital technology and computer animation, including work in Animation Practice, Process & Production and animation: an interdisciplinary journal (where he also serves as an Associate Editor). He is the author of The Computer-Animated Film: Industry, Style and Genre (Edinburgh University Press, 2018), and co-editor of Fantasy/Animation: Connections Between Media, Mediums and Genres (Routledge, 2018) that examines the historical, cultural and theoretical points of intersection between fantasy and animation. Christopher is also the co-founder of the fantasy-animation.org online research network, and is currently co-editing a book on Walt Disney’s Snow White and the Seven Dwarfs for Bloomsbury.

From TIME magazine’s topical cartoons to the Our Cartoon President (2018-) television series, artists and animators have been repeatedly drawn to Donald Trump within their contemporary aesthetics of satire. This paper examines Trump’s influence on recent Hollywood animation, identifying a cross-section of computer-animated films that function as important ideological places of socio-political enquiry. A critical mass of “nicecore” films (Ehrlich 2018) has emerged during the Trump presidency comprising a cinema that is “humane and optimistic,” which argues “kindness can be a transformative force,” and includes films “endowed with a unique ability to address the struggles that shape them into existence.” Framed by a broader cultural “cruelty” that now policies bodies and communities in Trump-era America (Phillips 2018), the themes of tolerance and acceptance in Hotel Transylvania 3 (2018); fake news, post-truth and the assault on the primacy of evidence Smallfoot (2018); and themes of joy, kindness and community in The Grinch (2018) can all be understood as countering the destructive cruelty embodied by the Trump administration. Richard A. Grusin has argued Trump cultivated his political influence spatially in his ascension to power, buying up and “renovating” media like real estate (2017). By understanding the specific geography of Hollywood animation, this paper argues computer-animated films are real estate media ‘properties’ where negotiations of Trump-era politics reside. 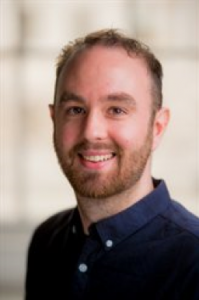