PARACINEMA AND THE DEMATERIALIZATION OF ANIMATION

1 – University for the Creative Arts

Birgitta Hosea
Birgitta Hosea exhibits her work in expanded animation internationally creating site-specific installation, animated performance art and experimental drawing. Recent exhibitions include Venice Biennale, Karachi Biennale, Chengdu Museum of Contemporary Art and Hanmi Gallery, Seoul. Her PhD in animation as a form of performance is from Central Saint Martins and she has written publications on experimental approaches to animation such as drawn animation as mindful practice, cyberfeminism and performance drawing.

Birgitta is Reader in Moving Image at the University for the Creative Arts, where she is engaged on StoryFutures, an AHRC Creative Clusters research project into immersive technologies, and on developing UCA’s archives of post 1960’s British animation history. Currently a Visiting Professor at Chengdu University, she was previously Head of Animation at the Royal College of Art and prior to that at Central Saint Martins.

The term ‘expanded animation’ is often used to denote work that is interactive or immersive: utilizing game engines, VR, AR, MR, wearables or other digital technologies. However, this field of post-medium practice builds not only upon the history of animation, but also upon a legacy of experimentation created by the expanded cinema movement. This presentation focuses on one strand of expanded cinema, the concept of paracinema, as derived from film theorist Jonathan Walley, who uses the term in the sense of the dematerialization of film into idea. It will first consider the expanded work of VALIE EXPORT and Anthony McCall as examples of paracinema where film becomes live event and, thus, questions the institution of cinema, its strategies of voyeurism and perception. Extending this idea to animation, the animated performance and installation work of contemporary artists Tingting Lu and Birgitta Hosea will be proposed as a form of para-animation. Working at the interface of live experience and recorded media, these works dematerialize animation and investigate the inscription of movement over time as concept rather than a process resulting in a recorded artefact. 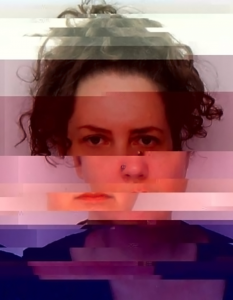