REINVENTING TEHRAN AS THE SITE OF RESISTANCE, CONTEMPORANEITY AND YOUTH CULTURE IN IRANIAN INDEPENDENT ANIMATION

Fatemeh Hosseini-Shakib
Fatemeh Hosseini-Shakib is an animation and media researcher born in Tehran, Iran 1971. Having completed her PhD in animation studies in the UK (UCA, Farnham) in 2009, Fatemeh is the course leader and a lecturer in animation theory/aesthetics at the Animation Department, Faculty of Cinema and Theatre of Tehran Art University, Iran. Fatemeh’s main research interest is aesthetic realism in animation and its relation to the evolution of techniques and technologies especially in CG animation. Another ongoing preoccupation and research is Iranian animation; making sense of and documenting its rapidly changing history and discourses within the modernist and postmodernist social, political and cultural context.

During the last two decades, the younger generation of Iranian animators have begun to reflect on their lived experiences in Tehran and other urban spaces of public and private. Unlike the mainstream ideological conservative TV animation series in which such urbanism as ‘false/perverse identity’ is ignored or denied, the kinds of works in question seem to be ‘grounded’ in reality of the everyday life of the younger generation who has just begun to locate themselves deeply in this mega-city with its well-known landmarks and traditional and contemporary buildings, old tea-houses and modern coffee shops, historical palaces and modern shopping malls, parks, bus and underground stations and other public spaces.
The gradual change of lifestyle and attitude has found its way through animation: Tehran is the hub of all these urban experiences. In Based on Photo (2015), for instance, themes such as the clash between old traditions and lifestyle and the new trends of the youth are brought to fore in a non-conventional narrative, while in Run, Rostam, Run (2015) the reference to Tehran is straightforwardly manifest not only as the backdrop of the story, but at the center of it, as a hostile, insecure and corrupt place where the epic hero cannot easily overcome his predicaments.
Based on such polemics, this paper is going to explore the ways in which representing Tehran is symptomatically read as the manifestation of collective identity and site of resistance and contemporaneity. 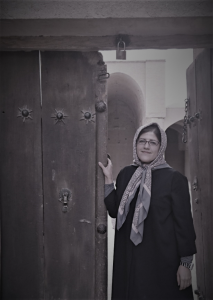