THE ANIMATED DOCUMENTARY AND THE DIGITAL DOMAIN

Nea Ehrlich
Nea Ehrlich completed her PhD in the Department of Art History at the University of Edinburgh in 2014. She has taught at Tel Aviv University, was a Polonsky postdoctoral fellow at The Van Leer Jerusalem Institute and is now a lecturer at the Department of the Arts at Ben Gurion University of the Negev in Israel. Her work lies at the intersection of Art History, Film Studies, Animation, Digital Media Theory, Gaming and Epistemology. She has published articles in edited volumes and journals and is co-editor of Drawn from Life, the 2018 anthology about animated documentaries published by Edinburgh University Press. Her next book on documentary aesthetics in a virtualized culture is forthcoming by Edinburgh University Press. She is currently working on a project on art and robotics, focusing on AI and machine vision.

Maike Sarah Reinerth
Maike Sarah Reinerth is a Research Associate at the Film University Babelsberg KONRAD WOLF. She has just finished her dissertation on representations of subjectivity in cinema (2018) and is now developing a postdoc project on animation and politics. Previously, she was a researcher at universities in Mainz and Hamburg. Maike’s most recent publications include texts on emotional metaphors in animated films (Routledge 2018) and on conflicting authorship in animated representations of subjectivity in hybrid films (De Gruyter 2018) as well as two edited volumes, Subjectivity across Media. Interdisciplinary and Transmedial Perspective (Routledge 2017), and In Bewegung setzen … Beiträge zur deutschsprachigen Animationsforschung (Springer VS 2017). Maike is the co-coordinator of AG Animation, a German-language working group that advocates the academic recognition of animation, a speaker for the initiative for good working conditions in media studies, and, since 2015, the mother of a son.

Belinda Oldford
Belinda is an independent Canadian animation filmmaker and visual artist living in Montréal, Québec, Canada. She holds a B.F.A. in Visual Arts and an M.A. in Media Studies from Concordia University. Her academic research interests center on auteur animation, animated documentary, and I-docs and interactive new media forms. She has worked commercially in broadcast animation studios and, as an Animation Director at the National Film Board of Canada where she produced ‘Come Again In Spring’. Her recent production work in interactive new media explores social issues.

Panel title: The Animated Documentary and the Digital Domain

This panel is sponsored by the Documentary SIG

“All reality is mixed reality”, Mark Hansen declares in the opening of his book Bodies in Code (2006). In an era of mixed realities where the virtual and the physical converge, the digitally virtual is a new kind of place or domain where daily actions and interactions take place. This panel engages with the intersection between the digitally virtual and the way animation is used in various documentary contexts ranging from propaganda to the representation of the self. Using cross-disciplinary and interdisciplinary approaches that span technology studies, communication, film, ethnography and art, the three papers that make up the panel consider new conditions of media production, distribution, and reception of animation as well as the specific needs and functions animation facilitates in the current era of technological development and globalized connectivity. Considering the digitally virtual as a place enables an analysis of contemporary animation’s uses, forms and techniques that raises new questions and theorizations about the current role of animated documentaries and their truth claims in today’s networked culture.

Valid Visualizations? Non-Fiction Animation in Current Mixed Realities by Nea Ehrlich
The pervasive use of animation within digital media and non-fiction mean that it is high time to consider animation’s role as a document and as experimental documentation and simulation of historical events. This paper focuses on the animated documentary Another Planet (Amir Yatziv, 2017) about virtual simulations of the Auschwitz-Birkenau Concentration Camp. The film records encounters in virtual worlds that all aim to accurately and authentically simulate the concentration camp and revive something of the historical event by offering new insights and experiences for viewers. The animated simulations in the film range from photorealistic animation used as a VR experience to a black and white architectural reconstruction, a 360-degree exploratory forensic model, an online role-playing game and a Minecraft music video. This film thus includes animation used as simulations of physical realities as well as animation that is a direct capture of virtual experiences. Animation’s role in an era of mixed realities and in the context of non-fiction therefore requires further examination and theorization. Through this case study I will offer ways to rethink animation’s role as visualization of non-fiction and explore the questions that animation raises in relation to visual signification, viewer reception and new forms of aesthetic and political realism, and what some of the resulting implications may be of this paradigmatic shift in visual culture.

Between Propaganda and Documentation: Political Animation Videos Online by Maike Sarah Reinerth
The history of animation – and especially of animated films – shows numerous connections between animation and the political. Animations have served as means of political propaganda (e.g. Der Fuehrer’s Face, 1943), expressed political protest (e.g., in the context of the ‘Arab Spring’), and dealt with political questions in many genres such as fiction (e.g. When the Wind Blows, 1986), documentary (e.g. Waltz with Bashir, 2008), and satire (e.g. The Simpsons, 1989-).
However, with the advent of the so-called ‘Web 2.0’ the general role of media in political contexts has changed dramatically. New conditions of media production, distribution, and reception have especially contributed to the emergence of non-fiction genres specific to the Web 2.0. Low-cost user-generated footage, circumvention of gatekeepers, global and niche audiences as well as their imminent invitation to not just watch, but act – on the internet and in reality – have made online videos a powerful tool in political and/or activist campaigns (e.g. see Eder 2018).
In my paper, I ask if and in what way these changes and innovations also apply to animated videos in the context of political communication and if animation fulfils specific needs and functions in web-based political/activist campaigns that differ from those of real-live footage. In line with the conference theme, I also explore the Web 2.0 as a ‘place’ for new kinds of animation.

The Place Where We Stand: Connecting with Authentic Voice by Belinda Oldford
Searching for a holistic perspective on animated documentary in the flux of technological development and globalized connectivity, I explore a specific confluence of creativity research, animation and communication studies. Communication scholars Fulton and McIntyre invoke cultural theorist Raymond William’s premise that communication is the crux of art involving the creative activity of both artist and spectator and that an artistic endeavor is “at every level, an offering of experience, which may then be accepted, rejected or ignored.’ Due to the proliferation of new media forms and novel definitions of animation itself, the community of media creators has now become increasingly interdisciplinary and diverse including scientists and journalists to name a few. In a current media climate of misinformation, the role of authentic, personal storytelling in singular or collaborative modes, may occupy a space that re-defines documentary truth claims. Considering socio-cultural bias, I examine Soif, an authorial interpretative work by Michele Cournoyer, Living on the Land, my personal experimental auto-ethnographic film, and Project Syria by Nonny de la Pena, an interactive virtual reality project with a view to a broad, and inclusive definition of animated documentary. 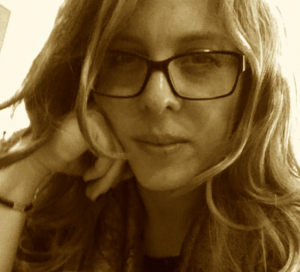 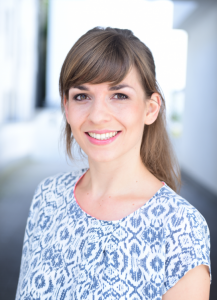 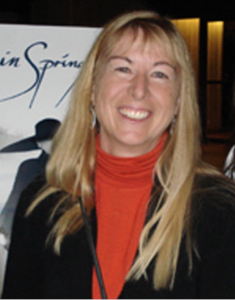