THE ANIMATION LAB IS ALSO A PLACE: LOCALIZED IDENTITY AND INCLUSIVE LEARNING IN STUDENT-RUN COMMUNITIES OF PRACTICE

Just as animation holds a privileged space among moving image phenomena, the animation lab is likewise a distinctive, if rarely celebrated, location on campus. Whether a new computer lab, a dusty corner of the film studies building, or closet under the auditorium, it seems most university media programs have some sort of space for the creation of animation. From LA to Mumbai, filled with an ancient Oxberry or shiny new Cintiqs, these heterogeneous environments have two things in common: a tendency to generate close-knit learning communities – with distinct norms and hierarchies from adjacent classrooms – and for these communities to escape both critical and administrative attention during program assessment.

In this paper I examine both the faculty-imposed spatial and self-generating social layout of the animation lab as a site for skills acquisition and identity formation. I argue that norms passed from student-to-student in the lab may be more durable in local professional cultures than pedagogy. However both benign neglect and in-group territoriality have consequences, potentially denying students from wide-ranging personal and disciplinary backgrounds access to transferable creative skills and tools – critical to new fields like VR/AR. Student-generated networks rarely respect policies to ensure access and equitable outcomes across economic, gender, and racial lines, calling for a transformation in school oversight to build inclusion into the fabric of the animation lab. 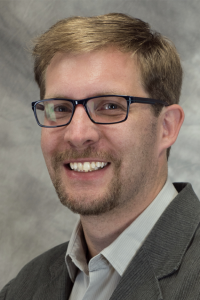