Janet Blatter
Dr. Blatter (PhD McGill University, post-doc Concordia University) is a cognitive scientist researching issues related to design-based problem solving and spatial/temporal reasoning. Her focus is on animators, filmmakers, and video-game designers in studio-based practices where collaboration and multiple tools are essential to the creative endeavor. Recently, she became the first cognitive researcher attached to the Animation Studios of the National Film Board of Canada (NFB/ONF). She also writes for Animation World Network. Her publications and presentations at numerous film and interdisciplinary conferences continue to push the boundaries between neat theoretical models and the messy world of real-world animation design.

This presentation is a cognitive account of the animation process, focusing on 3 important spatial metaphors used in researching authentic complex problem solving: relative point-of-view (Alibali, 2005); cognitive problem space (Newell and Simon, 1972); and institutional boundary objects (Star, 1989). Narrative animators must take 3 points-of-view that include monitoring their own expression in light of their social practice, the inferred perceptual perspective of the intended audience and the logic of the fictive world. The cognitive problem space structuring the animation process is highly complex because decisions must be made with frequently conflicting goals, general rules of thumb, and methods, which, even if correctly followed, do not guarantee success. Animation workflows include emergent drawings or displays which bridge different stages of the process and different institutional departments as boundary objects. These notions map out research on animators at the National Film Board of Canada. Based on think-aloud protocols and interviews, I analyze how these artists deal with multiple points of view, in a complex problem space, with an object that must frame as well as cross boundaries of knowledge. In particular, I focus on when and how animators focus and refocus their attention, “seeing as”, according to Wollheim (1998). 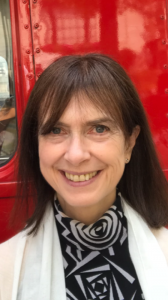