“THE BUTTERFLIES DO NOT LIVE HERE. AN EARLY EXAMPLE OF ANIMATED DOCUMENTARY ON THE HOLOCAUST.”

Jana Rogoff
Jana Rogoff is a Slavic Studies scholar. She studied English-American Studies and Russian Studies at the Charles University in Prague and the New York University, NYC. She received her PhD from the Humboldt University in Berlin. Her dissertation Audiovisual (A)synchrony in Early Soviet Sound Filmis a media-historical study of the emergence of sound in Soviet cinematography, including animated film. Rogoff’s research interests are Eastern European film and literature, history of animated film, and film sound theory. She has taught seminars on Eastern European film and literature at universities in the U.S., Germany and Czech Republic, and has been awarded multiple research fellowships e.g. from the Max Planck Institute for the History of Science, the DAAD and the DFG. She is currently working on her post-doctoral project Eastern European Animation Between Art and Politics, 1945-1990at the Humboldt University in Berlin.

In my paper for the SAS conference in 2019, I examine two short documentary animations made in Czechoslovakia, The Butterflies do not Live Here (Miro Bernat, 1958) and On Shoes, Braid and Dummy (Drahoslav Holub, 1961). Both films are based on the drawings made by Jewish children imprisoned in Terezín ghetto between 1941 and 1945. The collection of drawings is considered invaluable as one of the few visual documents on everyday life in the ghetto, but the drawings also stand out as an artifact that have inspired numerous works of art since their discovery in 1945, including animated films. Whereas the collection has become a world-wide exhibited and well-known document on Shoah, the animated films created with these drawings have ended up in the long line of films waiting for digitization in the storage of the Czech National Film Archive and the State Jewish Museum. I analyze the technique of minimal animation that the films employ, as well as the genre that explores the borders between documentary, fairytale and newsreel, in order to reconcile the irreconcilable: children’s poetic and playful imagination and the drastic facts of the holocaust history. 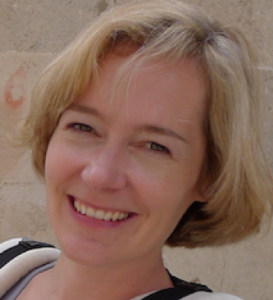