THE FOREIGN, THE EXOTIC, AND THE OTHER IN THE MUSIC OF _MULAN_

Lisa Scoggin
Lisa Scoggin completed her Ph.D. in Musicology at Boston University and received degrees from Oberlin College and the University of Wisconsin – Madison. She has presented papers internationally at various music and film conferences, including SCMS, Music and the Moving Image, and previous SAS conferences. In addition, she has taught music at Boston University, St. Anselm College, and Tufts University, where she taught a course on music in American animated film. Her book on the music from the show _Animaniacs_ is now available from Pendragon Press, and an article examining an extended animated advertisement for the re-election of FDR will be published in the upcoming _Oxford Handbook of Music in Advertising_.

Disney’s Mulan (1998), set in “ancient” northern China, ostensibly focuses on the role of gender – specifically, pushing against normative expectations of women’s behavior. But alongside that lies the topos of the Other: the Chinese as Other to the West, the Huns as Other to the Chinese, and the character of Mulan as Other on numerous levels (including gender roles). While part of that comes from Disney’s obvious attempt to create a Disney “princess” that is capable of strategic thinking and action, another part of that stems from the studio’s wish to house the old Chinese tale upon which the movie is based in something that would still be palatable to Western audiences.

While several scholars, including Annalee Ward, Lan Dong, and Lisa Brocklebank, have examined the Other in Mulan in terms of cultural and philosophical dissonance, very little scholarship has considered the role that music plays in this. This paper seeks to remedy this, at least in part. In examining both Matthew Wilder’s songs and Jerry Goldsmith’s orchestral score, I will show how the music works to both solidify and dismantle the construct of the Other as created in Mulan. In doing so, I will discuss what foreign, exotic, and the Other mean in such a film, as well as the role that place plays in defining these terms.

Palavras-chave: music, Disney, the Other, gender 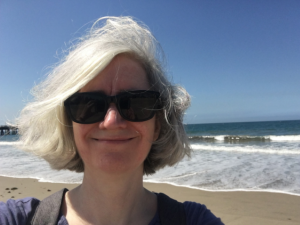