THE WORLDS OF ISAO TAKAHATA: ANIMATING FANTASY AND REALITY

Susan Napier
Professor Susan J Napier is the Goldthwaite Professor of Rhetoric and Japanese Studies at Tufts University. She is a leading anime scholar whose books include Anime from Akira to Howl’s Moving Castle and From Impressionism to Anime: Japan as Fantasy and Fan Cult in the Mind of the West. Her latest book, Miyazakiworld: A Life in Art traces the life and art of Hayao Miyazaki providing a definitive account of his oeuvre.

Rayna Denison
Dr Rayna Denison is a Senior Lecturer at the University of East Anglia where she researches and does teaching on contemporary Japanese cinema and animation. She is the author of Anime: A Critical Introduction, and the editor of Princess Mononoke: Understanding Studio Ghibli’s Monster Princess. She is also the co-editor of the Eisner Award-nominated Superheroes on World Screens. Rayna’s articles can be found in a wide range of academic publications including Cinema Journal, Japan Forum, Animation: An Interdisciplinary Journal and the International Journal of Cultural Studies. She is the co-founder of the Society of Animation Studies’s Anime Special Interest Group.

Laura Montero Plata
Dr Laura Montero Plata received he PhD in History of Cinema from Universidad Autónoma de Madrid. She is the author or El mundo invisible de Hayao Miyazaki – currently in its sixth edition – and BSG: La princesa Mononoke. She is published in journals such as Secuencias, Cahiers du Cinéma España, Caimán Cuadernos de Cine, 24 Monthly and Con A de Animación. Laura has also written various articles in English, French and Spanish revolving around Isao Takahata, Satoshi Kon, Kenzō Masaoka, Hirokazu Kore-eda, Kim Jee-woon and Shunji Iwai. For the last two years, she has participated, with Japan Foundation, in a season of lectures across Latin America around anime and Japanese cinema. Laura is also the programmer and co-organizer of the Week of Contemporary Japanese Cinema at EOI and the co-founder of the Society for Animation Studies’s Anime Special Interest Group. Her main research interests lie in the field of East Asian Cinemas, anime and contemporary Japanese cinema.

The Worlds of Isao Takahata: Animating Fantasy and Reality

Chair: Dr Rayna Denison (contact: r.denison@uea.ac.uk)
The animated worlds created by Japanese film and television director Isao Takahata are filled with highly detailed imagery that use allegory and realism alike to comment upon real world issues. As one of the founders of the famed Studio Ghibli, Takahata has been a hugely influential director and producer of Japanese animation. His own films, however, have been given far less attention than those of his founding partner at Ghibli, Hayao Miyazaki. In this panel we seek to investigate three distinctive ways into the complex worlds of Isao Takahata, taking his commingling of realism and fantasy as our starting point.

From his treatise on forgotten victims of World War II in Grave of the Firefliesthrough to his environmental protection and ethical treatises in films like Pom Pokoand The Story of Yanagawa’s Waterways, Takahata was concerned to use his films as a means of wider social critique and commentary. The papers in this panel consider Takahata’s complex and often experimental approach to animation direction by means of industrial history, genre studies and aesthetics in order to better understand the animated worlds that the director created.

Professor Susan Napier
When Hayao Miyazaki released Princess Mononoke in 1997, critics generally raved about the movie’s combination of history and fantasy but Takahata was more skeptical, saying that the movie’s fantasy aspects were “dangerously liable to give audiences a misconceived notion of history.” On the one hand, the director’s implicit criticism of the fantastic may not be surprising. Takahata is most famous for his stunning World War II drama, Grave of Fireflies, a searingly realistic look at the war from a child’s point of view. But Takahata’s own oeuvre also contains memorable films that clearly cross the border into the fantasy genre.
This paper suggests that Takahata’s more fantasy oriented films are not simply escapist alternatives to his realistic works. Rather, Takahata uses the fantasy genre and the animated medium to which it is often linked to create magical visions that also express real-life concerns. The paper also explores the larger question of fantasy and realism in the animated medium. Conventionally, animation has been divided into two aesthetic and theoretical territories—the hyperrealism of Disney versus the abstract formulations of artists such as the Expressionist Oscar Fischinger or the contemporary animator Steve Woloshen. I argue that Takahata explores and transcends this bifurcation to challenge his audience into a deeper and wider appreciation of animation’s potential.

Abstract2
My Neighbors the Yamadas: A Tribute to the Changing Line Thickness of Animation

Dr Laura Montero Plata
Isao Takahata was a filmmaker in search of new ways to convey emotion through animation. The fact that he did not draw by himself allowed him to experiment with the animated medium. As an artist, intellectual and essayist, Takahata sought to push the limits of animation, not only reflecting on the possibilities of drawing but also accomplishing a tribute to and a reflection upon Japanese tradition through references to Japanese painting and literature. As part of this, with the production of My Neighbors the Yamadas, Takahata undertook the task of preserving the changing thickness of animated line strokes. In a similar approach to Frédéric Back’s techniques, Isao Takahata wanted do justice to that changing nature, to the originality and uniqueness of each animator, avoiding processes of standardisation commonly seen in animation.
At the same time, My Neighbors the Yamadas was the first entirely digital feature film from Studio Ghibli. This paper asks: how did Isao Takahata and his team operate with this apparent contradiction of creating an homage to the art of drawing and to ancient tradition while using computer generated techniques? How did this radical animated style provide Takahata with new ways to convey emotions within the storytelling? Throughout this paper I unravel the different strategies used by Takahata in order to find new ways to innovate Japanese animated formalities and narrative.

Abstract3
Isao Takahata and the Founding of Studio Ghibli: From Pragmatism to Perfectionism

Dr Rayna Denison
Isao Takahata is well-known as one of the founding triumvirate at Japan’s most famous animation studio: Studio Ghibli. However, what is less well-known is what roles Takahata played both behind the scenes and behind the camera in the early years of Studio Ghibli. This paper seeks to question what Takahata did to help establish Studio Ghibli, and what his roles were in its early years. In order to understand Takahata better, this paper examines the way Takahata was constructed through promotional and interview discourses around Studio Ghibli’s early films. In doing so, I trace Takahata’s working life and practices from the studio’s inception in 1985 through to Takahata’s first “Ghibli” film, Grave of the Fireflies (1988). In doing so, I will discuss how Takahata developed the working practices that enabled Studio Ghibli’s success; but, at the same time, how his own work as a director sometimes generated tensions at his studio. Most importantly, I investigate Takahata’s role as a producer and director at Studio Ghibli, rather than as an animator per se. In doing so, I hope to demonstrate how Takahata’s working practices can help us understand how Studio Ghibli dealt with the hugely competitive and risky world of anime production in the 1980s. 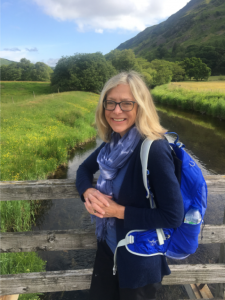 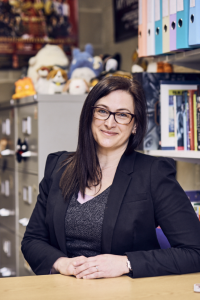 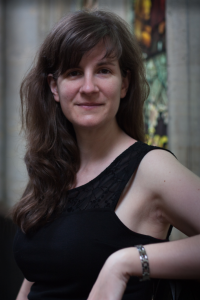