1 – Bristol School of Animation, University of the West of England

Julia Bracegirdle
Julia Bracegirdle worked internationally in the animated feature film industry throughout the 1990s and during her time as a supervisor at Warner Bros. Feature Animation began teaching within studios; This led to her becoming a regular guest lecturer at The Animation Workshop, Viborg, Denmark where she continues to teach. Since 2009 Julia has been a Senior Lecturer at the University of the West of England (Bristol School of Animation) where she specialises in pre-production for animation, experimental animation (in collaboration with the Royal Academy of Music) and course design. Her research interests include character design and portrayal in animation, and animation pedagogy (An Impossible Course, Bordeaux 2016).

Based on content analysis and interviews, this paper will present theories on why the eye focus of realistic or semi-realistic animated characters is deliberately skewed inwards, in medical terms presenting as a convergent squint or esotropia.The origins of what I will call theatrical esotropia can be traced to long established comedy performance techniques. In the 20thcentury, cinema, with its screen proportions and framing shots gave novel emphasis to eyes as emotional cues across many more film genres. In animation, eyes also represent a design and portrayal decision. Theatrical esotropia in animation is not medium, style or genre specific, so given its prevalence, this paper will focus on one sector where its use is most remarkable and open to question – American feature film animation, in particular CG feature films (2000-present). This sector has long established aspirations towards realism, and in this context theatrical esotropia can be viewed as a symptom of conventions within animation practice and production. The use of theatrical esotropia is not uniform to all casts of animation characters and this observation will enable me to put forward a number of other theories about its use and meanings based on portrayal and gender, and the dilemma of realism versus appeal. 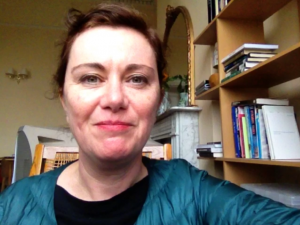