TOPOLOGIES OF JAPANESE PORNOGRAPHIC ANIMATION AND ITS INTERNATIONAL RECEPTION

Brian Bergstrom
Brian Bergstrom is a Course Lecturer in the East Asian Studies Department at McGill University in Montréal. He has published articles on Japanese literary, popular and fan cultures in venues including Mechademia, positionsand Japan Forum,and is on the Editorial Board of Mechademia: Second Arc. His translation of We, the Children of Cats: Stories and Novellas by Tomoyuki Hoshino (PM Press) was longlisted for the 2013 Best Translated Book Award, and his other translations have appeared in Granta, Aperture, Asymptote and The Penguin Book of Japanese Short Stories, among other venues.

Edmond (Edo) Ernest Dit Alban
Edmond (Edo) Ernest dit Alban is a Cotutelle PhD Candidate at Concordia University (Montréal) and Paris Saint-Denis (Paris). His dissertation examines the topographic aspects of women’s otaku fan cultures in Tokyo, considering the territories, media mix, histories and gender dynamics of this culture since the 1970s. Edmond’s publications include a research report for the online journal gamenvironments, a chapter in Paul Booth’s A Companion to Media Fandom and Fan Studies co-written with Marc Steinberg, and a blog post for Henry Jenkin’s blog. Current projects involve mapping the exchanges between gay fanzines in Paris and Tokyo and exploring the history of women’s games in Japan (OtomeGames) and the genealogies of these media mix strategies. On a less academic side, Edmond participated to multiple gay fanzine projects in Paris and Tokyo as a translator and a member of Dokkun since 2011.

Topologies of Japanese Pornographic Animation and its International Reception

Ever since its initial reception outside Japan, anime has been known for its “adult” content—including pornographic content. This panel examines pornographic Japanese animation and its international reception, hoping to rethink the textual and paratextual worlds of Japanese pornographic animation to include transnational, transcultural and translocal conditions of production, distribution and reception.

Since its first installment in 1987, the animated adaptation of the 1986 manga series Legend of the Overfiend (Chōjin densetsu urotsukidōji) has stood as a kind of origin point, both for the genre now known as “tentacle porn” and for the identification of Japanese animation with pornography outside Japan. The latter aspect of the work’s reputation can be seen in its late 1980s distribution in English-friendly VHS form by Penthouse Video, part of a series of home videos otherwise made up of Western live-action pornographic films. This positioned Overfiend as indicative of how anime could be consumed as pornography alongside live action films featuring un-simulated sexual acts, as well as aligning the work with an explicitly heterosexual male gaze.

This paper questions this straightening-out of Japanese pornographic animation by reading the initial three installments of the Overfiend series (the three chapters also distributed by Penthouse Video) as a potentially queer text, one that capitalizes on animation’s formal, representational and narrative elasticity to create a pornographic text that problematizes a phallocentric or classically heterosexual scopophilic regime. Further, I wish to explore how the dynamics of tentacle porn as it emerges in Overfiend demonstrate the potentials of animation itself to stretch, bend and expand these representational regimes, the polysemy of the tentacle symptomatizing this potential at both the representational and formal levels.

The present paper thus explores these common techniques of expression by looking at the animation of homosexual sex in Ki to Kaze no Uta (1987) and Legend of the Blue Wolves (1996), two pornographic direct-to-video anime produced within the context of Tokyo’s moving image subcultures. The goal is to demonstrate howanimefunctions as a mediating space, allowing marginalized local female and queer communities to communicate through the production of animated pornography. To do so, I will compare the use of still image techniques in non-consensual and consensual sex scenes, exploring how both shōnen ai and gay pornographic anime rely on the still image to express pleasurable sex and true love. In this way, I argue that these groups share a common sensibility tied to the erotic experience of stillness in anime. 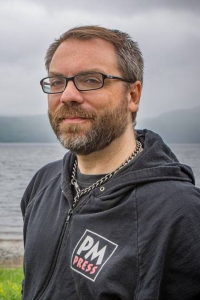 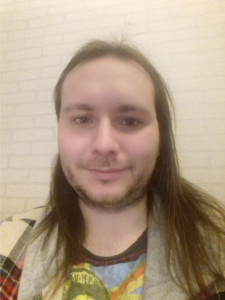 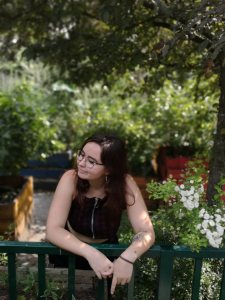