Joel Mckim
Joel McKim is Senior Lecturer in Digital Media and Culture and Director of the Vasari Research Centre for Art and Technology at Birkbeck, University of London. He is interested in the history and theory of computational images, contemporary digital animation, and the impact of new technologies on art, architecture and design. He is the author of Architecture, Media, and Memory: Facing Complexity in Post-9/11 New York (2018) and was co-editor, with Esther Leslie, of the special issue of Animation: An Interdisciplinary Journal on the topic “Life Remade: Critical Animation in the Digital Age.”

Lilly Husbands
Lilly Husbands is a Lecturer in Animation and Visual Culture at Middlesex University. Her research is broadly concerned with the legacy and evolution of experimental animation in the context of contemporary multimedia practice. She is an associate editor of Animation: An Interdisciplinary Journal and has published numerous book chapters and articles on experimental animation in journals such as Moving Image Review & Art Journal (MIRAJ), Frames Cinema Journal, and Alphaville: Journal of Film and Screen Media. She is the co-editor of the book Experimental Animation: From Analogue to Digital, which is forthcoming from Routledge in 2019.

Aylish Wood
Aylish Wood is Professor of Animation and Film Studies at the University of Kent. She has published articles in Screen, New Review of Film and Video, Journal of Film and Video, Games and Culture, Film Criticism and Animation: an Interdisciplinary Journal. Her books include Technoscience in Contemporary American Film (2002); Digital Encounters (2007) and, Software, Animation and the Moving Image: What’s in the Box (2014), a study of intersections between software and the production of moving images, encompassing games, animations, visual effects cinema, and science visualizations.

Artificial Animation: Machine Learning, Computer Vision and the Digital Moving Image by Joel McKim
Recent breakthroughs in computer vision technologies, coupled with ongoing developments in machine learning and artificial intelligence (AI) have lent a renewed urgency to considerations of the role of the image in digital culture. Allowing computers to approximate and automate human vision systems, or allowing computers “to see,” has been a notoriously difficult challenge for computer science, requiring a complex combination of motion, texture and contour detection algorithms, combined with the pattern recognition capabilities of artificial neural networks (Mackenzie 2017). Rapid advancements in this area have been motivated in part by the race to develop autonomous vehicles, from Alphabet’s Waymo research (Janai et al. 2017) to NASA’s Mars Exploration Rover (Vertesi 2015). These computer vision and machine learning technologies are also now being deployed in new forms of image processing and image generation projects, including Google’s DeepDream neural network and the motion transfer experiments conducted by Berkeley’s Artificial Intelligence Research Lab.
Drawing from these research-based examples and the work of artists experimenting with machine learning technologies, such as Anna Ridler and Mario Klingemann, this paper will question the place of animation in this emerging era of AI generated images. Do these advances in computer vision constitute a new form of “artificial animation”? What impact might these developments have on the human labour and creativity of animation? Is this the simply an extension of the automated “tweening” processes of CGI and animation software or is this a more radical shift in the nature of the animated digital image?
Key words: Machine Learning, Artificial Intelligence, Computer Vision, Digital Animation

‘Expanding The Zone: Multimedia Animation, Performance and Curation in Peter Burr’s Special Effect (2013-14)’ by Lilly Husbands
Throughout his career, New York-based experimental animator, video and performance artist Peter Burr has incorporated collaboration and collectivity into his multimedia performances. Founder of the avant-garde animation label and touring live performance show Cartune Xprez (2006-2013), Burr has commissioned works from across the new media landscape, compiling a compelling cross section of contemporary experimental animation into three DVD collections. One of his more recent expanded animation performances, Special Effect, took the remediated form of a live television show where Burr ‘hosted’ his own animated imagery which was periodically interrupted by obliquely related ‘commercials’ created by a selection of contemporary animators and video artists. Based on Andrei Tarkovsky’s Stalker (1979), Burr’s imagery (which makes up most of the single channel version) depicts three distorted computer-animated characters as they wander through ‘the zone’ in the form of abstract digital spaces and live-action overgrown and abandoned landscapes. In its live manifestations, Burr guided spectators through a labyrinthine experience that included the use of a fog machine, lasers, a webcam with green-screen effects, body mapping, binaural vocal performances, and video sequencing via custom software. This paper explores the multifaceted significance of Special Effect. Situating it within the broader practice of expanded cinema, it maps its curatorial relationship to the current spectrum of experimental animation and analyses the conceptual productivity of its digital distortion of Tarkovsky’s elusive film.
Keywords: Peter Burr, multimedia animation, digital performance, curation, experimental computer animation,

No Man’s Sky: a vision of whose future? by Aylish Wood
No Man’s Sky (Hello Games) was released in 2016 to both acclaim and fury. One of the key hooks in the publicity for No Man’s Sky is its status as an expansive exploration game. ‘’It’s a huge game,’ said Hello Games’ head Sean Murray. ‘We wanted to make a game about exploration. And we wanted to make something that was real.’’⁠ As in any kind of construction, digital or otherwise, the word ‘real’ should be approached with caution. By real, Murray meant a game environment that was vast (18 quintillion planets) and activities that were essentially mundane (mining, travelling and trading as core). My interest in No Man’s Sky lies in its status as a procedurally generated game. The solar system of a universe, its planetary systems, the individual terrains of a planet and their flora and fauna, are all created and animated through a set of algorithms designed by Hello Games’ programming and artist teams to generate a diverse range of explorable planets with a multiplicity of habitats. In a quite literal way, computer-generated animation makes the place. In my paper I work with paratextual materials (interviews with programmers and artists) and commentaries (both positive and negative) to explore the interplay between procedural generation techniques (especially noise-based terrain generation) and the parameters of No Man’s Sky’s universe. The question I consider through these materials is whether procedural generation expands our (very human) vision of a universe and the possibilities of interactive animation. 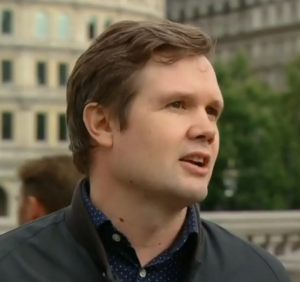 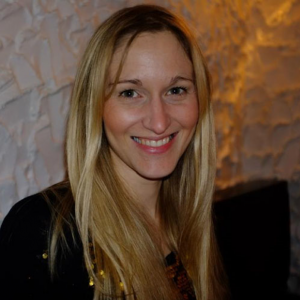 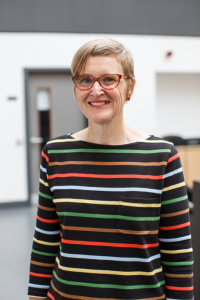