Franziska Bruckner
Franziska Bruckner, media scholar and head of the research group Media Creation at St. Poelten University of Applied Sciences; curator and organizer of the international symposium series Animafest Scanner. Co-coordinator of the working group Animation of the German Society for Media Studies and a board member ASIFA Austria. Her research focuses on the history of animation in German-speaking countries, hybrids of animation and live-action films, animation in virtual and augmented environments, and the connection between art and film.

Animation is a very broad and heterogeneous media form. In this context, Suzanne Buchan (2013) speaks of pervasive animation, a media-world in which animated images are omnipresent. Also, in one of today’s newest and most innovative field of motion picture production, augmented and virtual and reality, animation is an integral part of artistic, scientific and economical applications. Like in conventional filmic formats, the animation parts range from purely animated forms to hybrid mixtures with live-recorded footage. The goal of this paper is to identify some of the chances and challenges of animated content in VR environments. In order to do so, a film-analytical method designed for animation studies will be expanded to VR content. The analytical starting point is a typology called “Hybrid Image, Hybrid Montage” (Bruckner 2015) that illuminates the formal characteristics of live action/animation hybrid films. By reference to six categories, the combination of animation and live-action is explored on the level of the cinematic time and space. Originally, the adaptable set of parameters should be applicable to films as well as different sequences within cinematic moving images. By applying it on two VR projects “Out of Exile” (2017) and “Zero Days” VR (2017) that were awarded at the Ars Electronica festival in 2017, the presentation will map animation and hybrid forms within VR environments and expand media-scholarly knowledge in this research field. 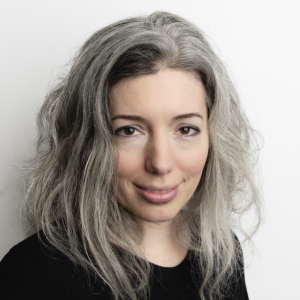