BEING IN THE DIGITAL WORLD: EMBODIMENT IN THE WORKS OF LU YANG

Sandra Annett
Sandra Annett is an associate professor in the Film Studies program at Wilfrid Laurier University, Canada, where she is the resident specialist in digital and new media studies. She is the author of Anime Fan Communities: Transcultural Flows and Frictions (Palgrave Macmillan, 2014), as well as articles on animation, global cultures, and new media arts in journals such as Transcultural Studies, The Journal of Postcolonial Writing, The Journal of Adaptation in Film and Performance and Mechademia. Along with Frenchy Lunning, she is currently Editor-in-Chief of the Mechademia: Second Arc journal on East Asian popular cultures. Her research interests include world animation, digital cinema, film theory, and fan studies. Her hobbies include digital photography, swing dancing, and modular origami.

When scholars of cinema write about digital animation, they often view it as a visible manifestation of information –that is, not the photochemical trace of a real body or even the physical markings of paint on celluloid, but rather the result of a codified configuration of ones and zeros. To paraphrase N. Katherine Hayles’ How We Became Posthuman (1999), the history of CGI might be traced by describing “how animation lost its body.” In this presentation, however, I will contest these discourses of digital disembodiment using examples that reveal the animated image’s potential to evoke a posthuman form of embodied experience that incorporates the virtual while remaining grounded in an inextricable entanglement with the world. I argue that approaches to digital works which emphasize disembodiment fail to reflect both the practices of digital artists and the experience of watching animation “in the wild.” They remain caught in an intellectual pattern that has recurred from Descartes to the poststructuralists, and which persists even among phenomenological film theorists who emphasize the importance of embodiment in cinema, such as Vivian Sobchack. I will use the case study of independent Chinese animator Lu Yang’s animation practice, which includes digital modeling, medical imaging, video gaming, and site-specific performance, to explore how animation can reinforce our sense of “being-in-the-world” as embodied subjects (Merleau-Ponty 1945) even in a digital media environment. 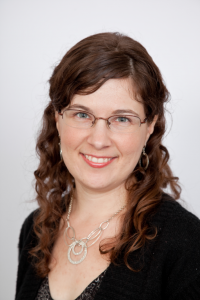