1 – The University of Chicago

Gabrielle Dulys
Gabrielle is a recent college graduate from the University of Chicago where she received her Bachelor’s degree in Fundamentals: Issues and Texts and East Asian Languages and Civilizations. Her work in Fundamentals primarily surrounded the question of “what does it mean to be normal,” leading her into the examination of otaku subculture and textual self-referentiality in her senior thesis, which was awarded the Asada Eiji BA Thesis Prize for one of the two best theses written about East Asia at the University of Chicago in 2018. She also received institutional grants on two separate occasions to do field-based research in Japan. An avid scholar and artist, Gabrielle intends to continue her education through a mixture of both graduate level arts training and scholarship, starting with a post-baccalaureate studio art program in animation at the School of the Art Institute of Chicago this fall. This event will be her first time presenting at a conference.

The depiction of the real within animated spaces is a trend frequently found within Japanese animation, so much so that it has spawned a phenomenon called anime seichijunrei (聖地巡礼), or “pilgrimage,” which refers to fans visiting the physical sites found in their favorite works. My experience with seichijunrei specifically centers on the animated series, Mawaru Penguindrum, by director, Ikuhara Kunihiko. Addressing the controversial topic of the 1995 Tokyo Sarin Gas Attacks, Penguindrum is full of references to real spaces within Tokyo, as the entire storyline is situated along the Marunouchi subway line, one of the lines targeted by the cult Aum Shinrikyo during the attacks. By blending these real spaces and magical realism, manifesting through subverted mahou shoujo (magical girl) tropes, Ikuhara comments on the surrealism of urban trauma and modernity. Still, personally, as a non-Japanese viewer, this work brings to light important questions about the boundaries between cultural universality and local specificity. I will be presenting on my seichijunrei and practice-based research on Penguindrum and how it influenced my understanding of its cultural subtext, as my project coalesced in an animated visual essay reflecting on my own experience within these spaces. Overall, I aim to explore the importance of understanding local specificity in order to not only cross cultural boundaries, but also to maintain the nuance and diversity of voice that local specificity signifies. 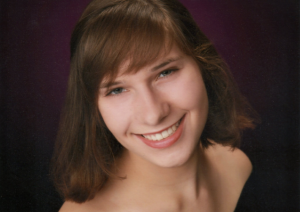