Deborah Szapiro
Deborah Szapiro is an award winning creative producer, designer, curator and academic. Her animation and documentary work has been screened extensively by broadcasters and film festivals internationally. In her curatorial practice, Deborah founded the Japanime Film Festival, was co-director of the Sydney International Animation Festival and curates animation programs locally and internationally. Specialist areas of curation include Indigenous animation, nationalities of animated cinema and the work of women animation directors. Deborah’s research looks to animation’s potential as an agent for cultural resilience, social change and innovation, and to the expanding production and viewing contexts that newer technologies provide for animation media. More recent work includes large scale architectural projection projects and working with design and animation principles to enhance embodied cognition in robotics.

This paper examines the gently subversive nature and political achievements of the Canadian children’s series Wapos Bay. This light hearted stop motion series, about three children growing up in a remote Cree community, participates in the ongoing process of Indigenous Peoples political use of animation as a means to give voice to Indigenous perspectives.

Set in the imaginary community of Wapos Bay in Canada’s north, and written from an insider’s perspective, the series refutes Indigenous stereotypes. A strong message that runs through the series is that Indigenous Peoples can partake of everything the modern world offers and still honour their culture. In developing the series, Dennis and Melanie Jackson recognized animation’s ability to serve as a contemporary storytelling device for the intergenerational transfer of Indigenous knowledge to younger generations.
Wapos Bay was a significant step forward in the history of animated series, yet very little has been written about it to date. The series subverted the status quo of animated childrens’ series on a number of levels: in being a multi-award winning, Indigenous led animation series about Indigenous lives; in maintaining Indigenous control of creative and production processes; in promoting Indigenous representation in front of, and behind the camera; in challenging mainstream perceptionsof Indigenous Peoples and communities, and in contributing to the maintenance of Cree language and culture with younger generations. 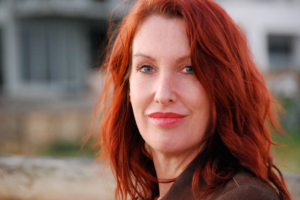